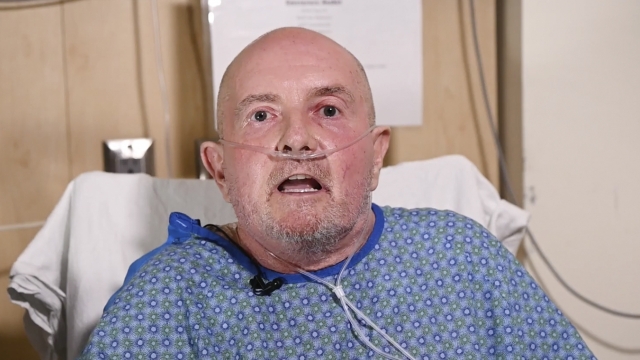 It was a slower Saturday night at Club Q in Colorado Springs, but the dance floor was still packed — the music pulsing and the patrons electric and alive.

But in a matter of moments the popular LGBTQ bar morphed from a vibrant club scene to a crime scene.

"I went and got in line for the bar. And when I got to the front, I gave my credit card, and they were going to open a tab, and the shooting started right then," said Ed Sanders, a Club Q shooting victim.

Just before midnight, witnesses say the gunman entered Club Q wearing a military-style jacket. Officials say he was carrying an AR-15-style semi-automatic weapon and a handgun. Clubgoers were still dancing as the first shots rang out.

"From the amount of shots that initially went off when he came into the club, I honestly thought it was multiple people shooting," said Gil Rodriguez, a Club Q shooting witness.

"I got hit in the back and I turned around to look at him and he kept shooting. He did two volleys of I guess 10-15 shots each," said Sanders.

Police got the initial call for service Saturday night at 11:56 and 57 seconds. By that time witnesses say the gunman had walked deeper into the club.

"The second volley got me in the leg and I fell and everybody fell — it was very traumatic. I shielded another woman with my coat because I didn't know how long they were going to shoot," said Sanders.

The first officer was dispatched within seconds of the initial call at 11:57 p.m. The first police officer arrived on scene three minutes later at 12 a.m. By then the gunshots had already stopped.

By 12:02 a.m., two minutes later, police officially had their suspect in custody. But the effort to save lives was only just beginning.

Army veteran Richard Fierro is one of two people police are crediting with saving lives by subduing a man armed with multiple firearms at the club.

"We had about 34 firefighters on scene. And from the time that they arrived at 12:09, it took 20 minutes to transport all the patients, which is a very good, rapid movement of those patients," said Chief Randy Royal of the Colorado Springs Fire Department.

The initial events of this tragedy happened in the blink of an eye. From here, the path forward will be much slower.

As new evidence surfaces, we are also getting a broader picture of the suspect and his troubled past. Texas court records show 22-year-old Anderson Lee Aldrich changed his name more than six years ago to cut connections to his father. It appears he was also the target of online bullying as a teenager.

But for this community the focus is on recovery, as we approach a holiday of reflection.

"I want to be resilient. I am a survivor. I am not going to be taken out by some sick person," said Sanders.