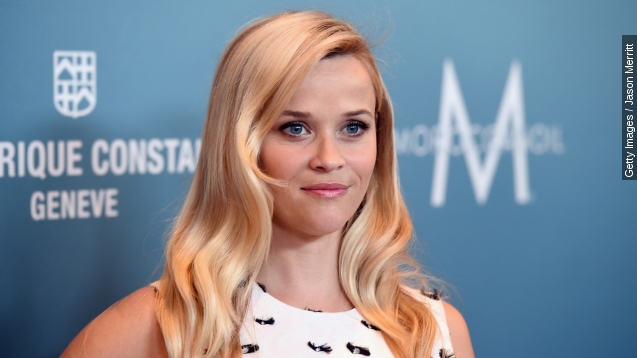 It's been a little over 14 years since Elle Woods first taught us the "bend and snap" and gave us unreal expectations that a bikini-clad video could get you into Harvard. (Video via MGM / "Legally Blonde")

Reese Witherspoon's bubbly blonde persona taught us to be nice to everyone long before Regina George told us we can't sit with her. (Video via MGM / "Legally Blonde", Paramount Pictures / "Mean Girls")

Which is exactly why we're kind of freaking out after Witherspoon told celebrity stylist Rachel Zoe she thinks it's time for "Legally Blonde 3."

"I actually think it's kind of great right now. ... It'd be kind of a cool thing to have her be a Supreme Court justice or someone who runs for office," Witherspoon said on Lifetime's "Fashionably Late."

Girl, don't tease us like that. That'd be like if we got a sequel to "She's the Man" — with the original stars, Channing Tatum and Amanda Bynes. (Video via Dreamworks SKG / "She's the Man")

Or "New York Minute." Think about the possibilities. Not only do we need to know what happened to Jane and Roxy Ryan, but the world might stop if Mary-Kate and Ashley Olsen ventured back to Hollywood from their swanky New York penthouses. (Video via Warner Bros. / "New York Minute")

And then there are our fave 2000s movies that got unnecessary sequels. Of course we're talking about "Step Up" and "Bring It On," which have so many I've lost count. (Video via Buena Vista Pictures / "Step Up", Universal Pictures / "Bring It On")

But I'm pretty sure we'd forgive those follow-up films if the next ones were actually faithful to the original plotline and cast.