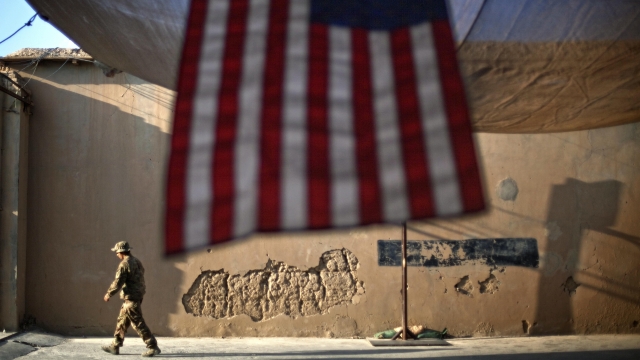 SMS
Withdrawal of Troops in Afghanistan is Underway After 20-year War
By Alex Arger
By Alex Arger
May 1, 2021
U.S. troops began departing Afghanistan on Saturday under President Biden's plan for a summer withdrawal.
SHOW TRANSCRIPT

Saturday marked the beginning of the end of America's war in Afghanistan, 20 years after U.S. forces went there in pursuit of al-Queda terrorists following the September 11, 2001 attacks.

According to the Costs of War project at Brown University, the U.S. has spent an estimated $2 trillion in Afghanistan in the last two decades.

President Biden last month the initial Afganistan mission was satisfied after leader Osama bin Laden was killed by U.S. special forces in neighboring Pakistan. He said global threats have since evolved -- and that keeping troops in Afghanistan no longer fits with the current needs for fighting terrorism.

"We degraded the terrorist threat of Al Qaeda in Afghanistan. And after 20 years of value, valor, and sacrifice, it's time to bring those troops home," Biden said.

Taliban forces in Afghanistan claim that U.S. troops should have been out by May 1 under a deal with former President Trump last year. Meanwhile, military skirmishes continued Saturday with indirect fire reported near a U.S. airfield. Some 650 ground troops were on hand as a responding force - and U.S. Army General Scott Miller warned insurgents of severe consequences for any attack.