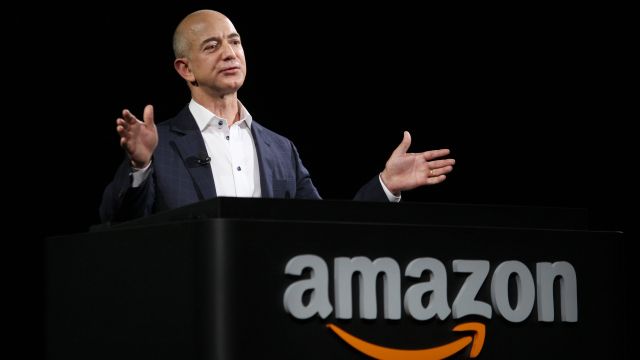 SMS
Amazon Go: A Store With No Lines And No Registers

By Jake Jones
December 5, 2016
The online giant has revealed its advanced concept for a store utilizing "Just Walk Out" technology.
SHOW TRANSCRIPT

Imagine a store where you walk in, grab what you need and walk out. No lines. No registers.

That's a project Amazon started on four years ago. The result is Amazon Go.

SEE MORE: Walmart Is Eliminating 7,000 Office Jobs Across The US

Customers enter the store using the free app on their phone. As they shop, items are added to their virtual cart. When shoppers leave, their Amazon account is charged for whatever they picked out.

The concept has garnered some criticism as being the next step to phase out cashiers — at 3.4 million people, it's the country's second-largest occupation.

Automation has increasingly been seen as a threat to service employees. A former McDonald's executive recently blamed the high cost of U.S. labor for the company's decision to roll out automated ordering kiosks.

But Amazon's new store idea is a bit more ambitious than a touchscreen menu.

Simply put, it's a form of artificial intelligence that learns constantly. The system tracks shoppers with cameras, and sensors detect when they pick something up or put it back.

The single beta store is located in Seattle, and it's only open to Amazon employees. It won't open to the public until early next year.