With ISIS On Backfoot, Focus Is Now On Foreigners Who Joined Group 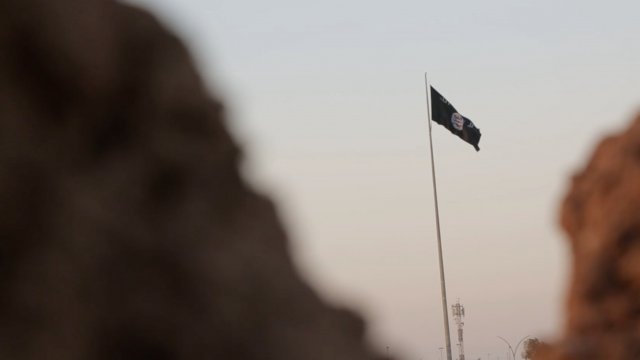 SMS
With ISIS On Backfoot, Focus Is Now On Foreigners Who Joined Group
By Jake Godin
By Jake Godin
February 21, 2019
President Trump has urged European nations to repatriate the 800 or so foreign ISIS fighters stuck in Syria. But they aren't on board.
SHOW TRANSCRIPT

With ISIS on the verge of defeat, there's debate now on what to do with the hundreds of captured foreign fighters who joined the group.

At its peak, ISIS attracted thousands of foreign fighters like these from all across the globe. With the group now on its last legs, many have either been killed, fled, or have been captured.

There are somewhere around 800 foreign fighters from 43 or so countries imprisoned by the Syrian Democratic Forces, or SDF, which is the main group that's been fighting ISIS on the ground in Syria. There are also hundreds of women and children who were formally in the group but are now languishing in refugee camps in north eastern Syria.

Many of their Western European home countries, like France are hesitant in repatriating them -- including the women and children -- and would prefer Iraq or Syria deal with them. There are fears they'd end up carrying out attacks at home or spread ISIS' ideology.

Some nations like the United Kingdom have even gone as far as stripping their citizenship. And while the U.S. has repatriated and charged some Americans who joined ISIS — there are still some trapped in Syria. 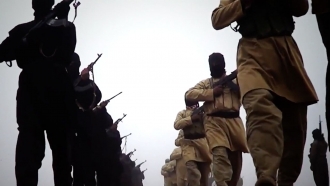 One of the major hurdles here is evidence. There has to be proof someone actually fought for ISIS. That's easy if they appeared in videos, which was the case for a German national in 2017.

European laws have only recently started catching up on figuring out what to do with foreign fighters and how to charge them. Proving someone actually committed a crime in another country can be difficult and it's not guaranteed someone will receive a long sentence.

There are also cases like that of the American woman Hoda Muthana. Muthana has admitted to joining ISIS, but it's not clear she committed any crimes. Secretary of State Mike Pompeo claims she's not a U.S. citizen, so therefore will not be repatriated.

Those who have already been imprisoned are potential nexuses for radicalization and recruitment — spreading ISIS' teachings to other inmates.

Still, there may be a moral imperative to bring back those still stuck in Syria, specifically when it comes to children who were brought to Iraq or Syria against their will or were born there.