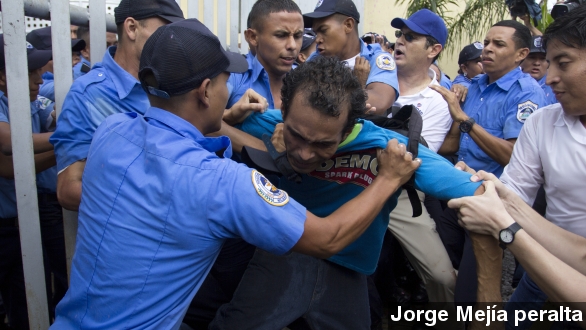 It's been a week since work started on one of the world's biggest engineering projects — the Nicaragua Canal.

The groundbreaking a week ago was met with protests from opponents of the canal, who argue the project will displace tens of thousands of people and wreak environmental havoc. (Video via Al Jazeera)

But exactly how many people will be displaced, or what the damage will be is still unclear, in part because the report detailing that information hasn't been released.

In fact, Nicaraguan authorities have delayed the release of the impact report by five months. That means construction will already have been ongoing for four months before the full consequences are understood.  (Video via RT)

As Nature points out, the impact report would generally be required for projects like the canal, but a law passed last year allowed the canal to circumvent that process.

So in lieu of an official impact report, a handful of scientists have taken things into their own hands.

Researchers from the Humboldt Center — an NGO based in Managua — found that some 282 communities lie within the proposed area for the canal, including more than 24,000 households.

One of the reasons the canal has pushed through, despite those concerns? The money. Chinese billionaire Wang Jing has funded a lot of the work on the project so far out of pocket. (Video via La Prensa)

But the project has an estimated price tag of $50 billion, and when it comes to footing the bill, analysts are looking to China.

Both China and Wang have denied the allegation that the government is helping out, but that hasn't stopped the speculation, and headlines like this from China's state broadcaster CCTV don't help.

If the canal wasn't on the U.S.'s radar before, a possible Chinese link would surely put it there, as would Russia's involvement. Russia Beyond the Headlines reports the Kremlin could be involved in a security capacity.