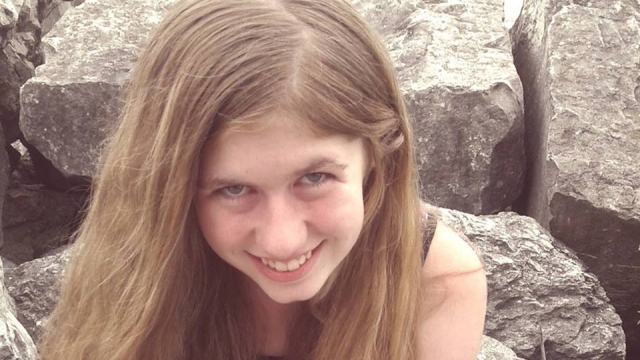 A 13-year-old girl who's been missing for almost three months was found alive about 65 miles away from her hometown near Barron, Wisconsin.

The Douglas County Sheriff’s office notified Barron County authorities late Thursday night that they had located Jayme Closs. She had last been seen in October.

"For 88 days I have stood before you and said we would work tirelessly to bring Jayme Closs home. ... Last night, our collective promise was fulfilled with Jayme's safe recovery. Thank you to all," Barron County Sheriff Chris Fitzgerald said in a Friday press conference.

Jayme vanished the same day her parents were found dead inside their home. Authorities believed she was in danger and searched for her nationwide.

On Friday, authorities released some details about Jayme's recovery, including that she was located after escaping from where she was being held and seeking help from a woman walking her dog.

Police have a 21-year-old suspect in custody. Jake Thomas Patterson is charged with two counts of intentional homicide and one count of kidnapping. He has no previous criminal history.

Jayme was taken to a local hospital Thursday and was held overnight for observation.