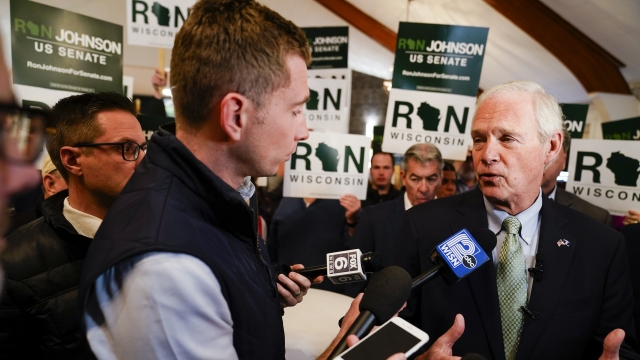 A string of court rulings have mandated changes to the way Wisconsinites vote, and with the election two weeks out, some questions are still pending.

Wisconsin is one of the country’s most politically important states, and that’s especially true this year with close races for governor and U.S. Senate topping the ballot. But a string of court rulings have mandated changes to the way Wisconsinites vote, and with the election two weeks out, some questions are still pending.

"We attempt to give the voters the best information that we can. And when that information changes, it impacts the voters a lot. And it causes a lot of confusion. We get a lot of questions into our office. People are panicked,” said Jim Verbick, the deputy clerk for the city of Madison.

One big change is the lack of drop boxes. In July, the Wisconsin Supreme Court deemed them illegal and said voters can only return their absentee ballots through the mail or by handing it directly to their local clerk. But for those choosing the personal delivery option, the rules for doing so are strict.

"Sometimes if we have a couple and they drive together to the office, and one of them wants to hand in both ballots, we have to say unfortunately can only take your ballot, we have to have them switch in the car and the other person come in and drop off their ballot,” said Verbick.

A federal court ruling in late August established the only exception to that rule. People with a disability are allowed to have someone else turn in their ballot – no documentation required. Another recent change deals with ballot curing. Wisconsin mail-in ballots must be signed by a witness and their address must be written on the envelope. For the past six years, clerks were allowed to fill out incomplete address information for witnesses, like a missing zip code. But an October court order said not anymore.

"Sometimes we would get a couple's absentee ballot at the same time, and you can clearly see the signature matches one voter signature to the witness signature on the other one and vice versa. And a witness address may be missing on that that we can reasonably determine that that is the witness's address. And a recent court ruling has said that we are unable to do that,” said Verbick.

But the state court judge’s decision didn’t define what a "complete address" includes. So officials in Madison and Milwaukee are urging voters to make sure their witness information lists the full street, city, state and zip code to help ensure ballots don’t get thrown out on a technicality.