Wisconsin Judge Says 234K Voters Should Be Purged From Rolls 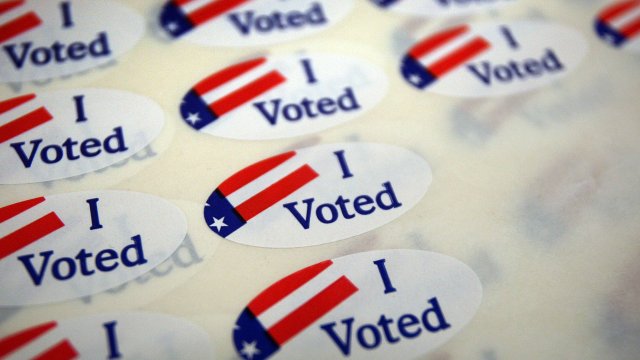 SMS
Wisconsin Judge Says 234K Voters Should Be Purged From Rolls
By Briana Koeneman
By Briana Koeneman
December 16, 2019
In his ruling last week, the judge said the state elections commission is bound by law to purge the voters in question soon.
SHOW TRANSCRIPT

A judge in Wisconsin says the state must remove thousands of people from its voting rolls because they may have moved.

Here's what happened. Back in October, the state Elections Commission sent a letter to approximately 234,000 Wisconsin voters who it believed had moved. If those voters didn't respond within 30 days, they were supposed to be removed from the voting rolls in 2021.

But the conservative Wisconsin Institute for Law & Liberty sued the elections commission. The group said the commission is bound by law to purge those voters from the rolls much sooner. And the judge agreed.

The elections commission is expected to appeal the decision. It argued kicking those voters off the rolls now would only create confusion and chaos ahead of next year's election.

The case is being closely monitored by both major political parties. Democrats say they're afraid voters from their political party are more likely to get the boot from the rolls. Republicans, on the other hand, worry that letting those people stay on the rolls increases the risk of voter fraud.

And it could have major implications for the 2020 presidential election. Back in 2016, President Donald Trump won the state by less than 23,000 votes.