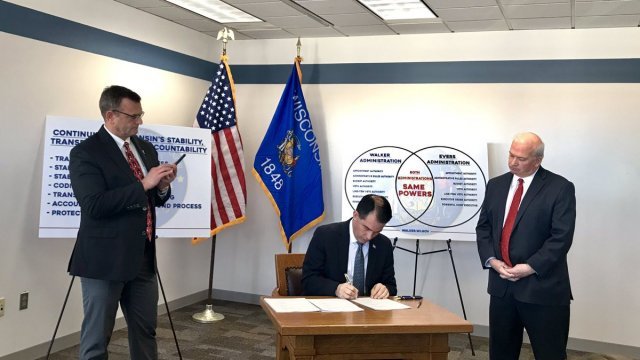 Gov. Scott Walker said he signed the bills because he believes they improve transparency and accountability.

Walker signed three bills that were hastily passed by the state's Republican legislature in a special session.

The new laws restrict early voting, limit the governor's power to enact laws with an administrative order and requires the state's attorney general to get legislative approval before withdrawing from any lawsuits.

At the signing, Walker claimed his successor's power will still be strong. He said he signed the legislation because he claims the bills will improve transparency and accountability while protecting taxpayers.

The state's Gov.-elect Tony Evers previously said he's considering all his options, including fighting these new laws in court.