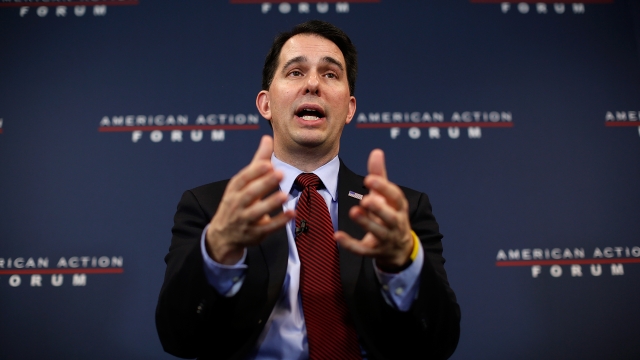 Wisconsin Gov. Scott Walker wants more control over the U.S. refugee policy, according to a letter he sent to President-elect Donald Trump.

In the letter, Walker makes several requests for his home state. One of them is for Wisconsin to get more say in how many refugees it takes in and where they're from.

Walker was one of several governors who wanted to ban Syrian refugees from resettling in their states entirely. He said Wisconsin would not participate in resettling them.

Walker said he wants states to get more information about how the U.S. resettles refugees. The governor said the current plan seems to encourage complete community integration of a refugee.

According to the Office of Refugee Resettlement, that's the idea.

Integration is one of the "key factors to refugee self-sufficiency."

Walker says he has spoken with Vice President-elect Mike Pence regarding the issues and is optimistic they will be addressed quickly by the incoming administration.