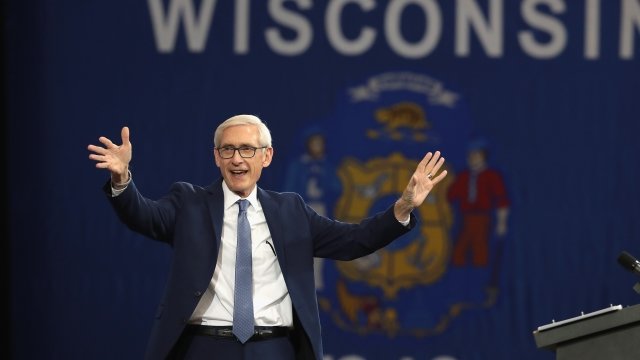 Wisconsin's governor-elect says he isn't hopeful that the state's outgoing governor will veto a series of Republican bills that would strip his successor of key powers.

During an interview with NBC's "Meet the Press," Gov.-elect Tony Evers said he spoke with Gov. Scott Walker about nixing the "bad legislation," but Walker was "noncommittal."

And when Evers was asked if he would sue over the matter, he said: "I'm not making any promises one way or the other, but we're looking at all issues, all options at the table."

As Newsy previously reported, the legislation includes changes that would limit the governor's ability to issue administrative rules that enact laws. The plan would also require the attorney general to get legislative approval to withdraw from any lawsuits and would put limits on early voting.

Evers narrowly beat Walker during the midterm election last month. He will be sworn in Jan. 7.