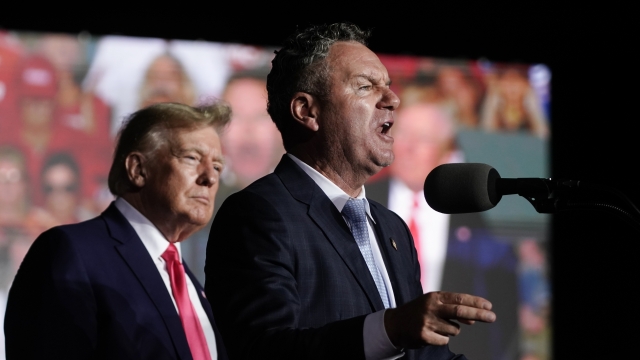 Tim Michels, a wealthy businessman endorsed by former President Donald Trump, won the Republican primary for Wisconsin governor on Tuesday and will face Democratic Gov. Tony Evers in a contest that could reshape elections in the marquee battleground.

In his victory speech, Michels said the race will be about "standing up for the hardworking people of Wisconsin. They have been left behind by the Democratic Party that just wants to focus on the social issues."

He promised to focus on jobs and the economy.

Evers' campaign called Michels "the most extreme and divisive nominee possible, one that will tell Donald Trump anything just to keep his endorsement."

Both Michels and Kleefisch falsely claimed the 2020 presidential election was rigged, a lie Trump has pushed in an effort to overturn his loss to Joe Biden.

Michels said decertifying the results of the 2020 contest was not a priority but said "everything will be on the table."

He supports other changes to voting and elections, including dismantling the bipartisan commission that runs Wisconsin elections.