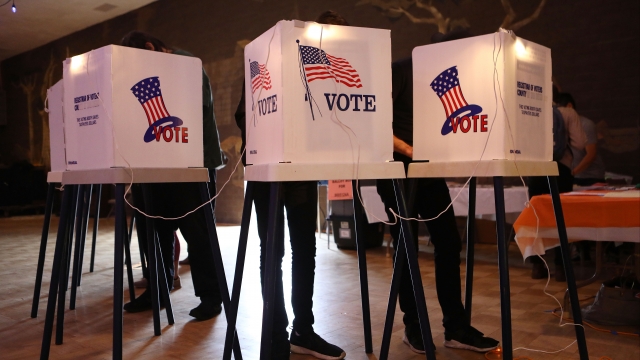 SMS
Wisconsin Appeals Court Blocks Order To Purge Voters From Rolls
By Katherine Biek
By Katherine Biek
January 15, 2020
The order blocks a lower court ruling that required the state's elections commission to immediately remove up to 209,000 names from the rolls.
SHOW TRANSCRIPT

Hundreds of thousands of voters in Wisconsin were slated to be purged from the state's voter registration rolls. But a Wisconsin appeals court temporarily blocked the move Tuesday.

Let's go back to the beginning. The Wisconsin Elections Commission sent a letter in October to approximately 234,000 Wisconsin voters who it believed had moved. If those voters didn't respond within 30 days, the plan was to remove them from the voting rolls in 2021.

The conservative Wisconsin Institute for Law and Liberty sued, arguing the elections commission is bound by law to purge those voters from the rolls much sooner. And a judge agreed.

The case continued Monday, when the same judge held Wisconsin's elections commission in contempt and ordered it to immediately remove up to 209,000 names from the rolls. That's the number of people who didn't respond to the survey in October.

The appeals court's stay blocks the order to remove the names. The court also halted the judge's contempt finding, which would've made the commission and three of its members pay daily fines until it started taking names off the rolls.

This means there could be a number of elections before the appeals court issues its final ruling on the case — including Wisconsin's presidential primary on April 7.