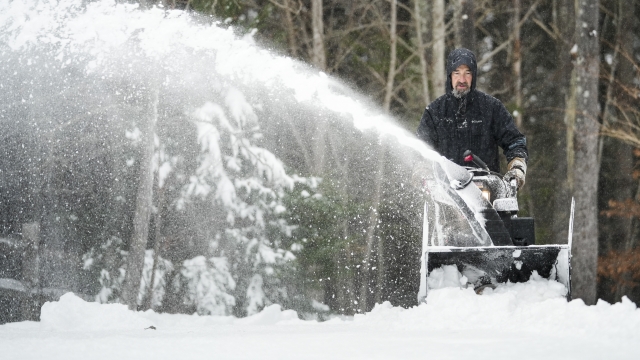 A dangerous winter storm was bringing significant snowfall, strong thunderstorms and blustery winds to the northeastern U.S. on Monday.

A foot of snow was forecast for parts of New England, New York state, Ohio and Pennsylvania through Tuesday morning, and nearly 75,000 customers in the region were without power as of Monday morning. 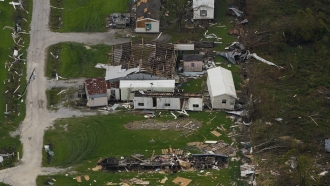 New York City and Boston were spared the heaviest snowfall, which was accumulating at higher elevations in western Massachusetts, eastern Pennsylvania and parts of New England. A severe thunderstorm warning remained in effect for New York City early Monday, and high winds made travel treacherous across the region.

Sleet and rain were the main threats for much of Massachusetts, Connecticut and Rhode Island. Periods of snowfall transitioned to rain overnight. NWS meteorologists in Boston said wind gusts could reach 70 mph.

The massive winter system brought similar conditions to the Southeast on Sunday. Multiple states reported inches of snow, and two people died Sunday in North Carolina when when their car drove off the road and into trees in the median as the storm blew mixed precipitation through.

Plow trucks were scattered along roads and highways up the East Coast, working to clear the way for travelers. Some crashes were reported in the early morning hours, including an ambulance involved in a wreck on Interstate 279 in Pittsburgh, KDKA-TV reported. It was unclear whether anyone was injured.