Winter Can Cause Depression — Here's How To Combat It 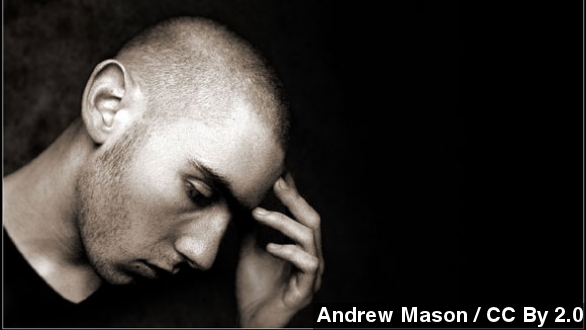 SMS
Winter Can Cause Depression — Here's How To Combat It
By Jasmine Bailey
By Jasmine Bailey
November 23, 2014
Millions of American suffer from seasonal depression every year. It can lead to adverse health effects, but there are ways to ease symptoms.
SHOW TRANSCRIPT

But with daylight saving time and the crazy weather we’ve seen lately, it sure feels like the old man has arrived. The shorter days and freezing temps can make it fairly easy to start feeling a little blue. (Video via NBC)

That feeling is often referred to as the winter blues, but you should also be on the look out for more serious conditions like Seasonal Affective Disorder, also known as SAD.

According to WebMD, SAD has feelings of depression much like the winter blues, but it's more difficult to treat and reoccurs from year to year. KTVI explains a few signs to look out for if you think the winter weather might be bringing you down.

"This disorder is characterized by severe depression, extreme fatigue ... so they sleep 10-15 hours a day. ... When they're awake they get a lot of cravings for carbohydrates so they gorge on carbohydrates. "

While symptoms of the winter blues and SAD are similar, you can suffer from Seasonal Affective Disorder in any season. Though in the summer and spring you'll see different symptoms like insomnia, loss of appetite and weight loss.

Dr. Robert Levitan explained to the Centre for Addiction and Mental Health, "Seasonal depression is about 80% in women and only 20% in men." In the U.S. about 6 percent of the population or roughly 18 million people.

Untreated depression can have a long list of adverse effects on your health. Including an increase in risks behaviors like abusing drugs or alcohol, difficulty maintaining personal and professional relationships and making poor choices when trying to overcome other health problems like a heart attack or stroke.

So, if you are feeling down in the dumps don’t ignore it. There are actually quite a few steps you can take, even at home, to combat feelings of depression.

One of the main culprits of winter depression is a lack of sunlight. While it is possible to get too much sunlight, there are so many benefits to sufficient exposure.

According to Medical Daily just 15 minutes of sunlight can help you get a better night's sleep, increase mood, lower blood pressure and provide vitamin D.

If you do catch a sunny day, go outside and soak up some rays. But there are options for the gloomy days too, including something called light therapy.

Light therapy devices including boxes and visors mimic natural light and can help boost your mood.  (Video via YumaLite)

"I get up in the morning, I sit down at a table and use my light box while I read the morning paper. Twenty minutes in the morning is just enough to get me going each day. Light therapy really, really made a huge difference." (Video via Discovery)

Exercise is also a good tool. Just an hour of exercise outside can heat up the body and help boost your mood. That hour has about the same effects as two hours of light therapy. (Video via YouTube / Lisa Andrews)

Also, don't forget to take your vitamins. Multivitamins are good because they include needed nutrients and supplement the missed vitamin D.

Other than a lack of sunlight, the temps can often keep us from wanting to go out and socialize. Being around loved ones can really help improve your mood.

So if you're making plans, think about what you're going to wear. Lifehacker reports bright colors also have an effect on mood. But it's also noted, "This tip isn't a cure for the seasonal affective disorder. It's a simple and easy way to beat the monotony of the season."

WNEP talked to a psychologist who has one last tip. Stay busy instead of concentrating on what you can't do because of the winter weather.

"Try to plan for activities that you might be able to do in the spring, like planting your garden. Try to look forward to those things."

If none of these methods work, antidepressants are sometimes used to combat Seasonal Affective Disorder. Just make sure to talk to you doctor first.