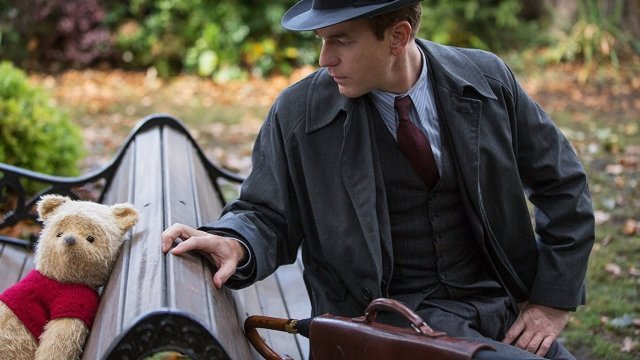 SMS
'Christopher Robin' Delivers Lowest Disney Debut In Past 2 Years
By Jamal Andress
By Jamal Andress
August 5, 2018
This is only the second time this year that a Disney release hasn't placed No. 1 in its debut.
SHOW TRANSCRIPT

Holding on to the No. 1 spot this week is "Mission: Impossible - Fallout," bringing in an estimated $35 million in its second weekend out. That's a great sophomore weekend for Cruise and company, and "Mission: Impossible 6" is still making waves overseas. The worldwide box-office total for "Fallout" sits at $329 million.

Taking the No. 2 spot in its debut weekend is Disney's "Christopher Robin," bringing in an estimated $25 million in its first weekend out. This is only the second time this year that a Disney release hasn't placed No. 1 in its debut. Moreover, it's the lowest nationwide opening for any Disney title since summer 2016.

For what's it's worth, that's less a knock on Pooh and Tigger and more so a sign of just how dominant Disney has been over the past few years.

Disney's live-action remakes have done extraordinarily well. "Beauty and the Beast," for example is the second highest-grossing PG-rated film of all time. "The Jungle Book" opened with a $100 million dollar debut.

"Christopher Robin" is one of few live-action remakes from the Mouse House to have a less-than-stellar debut.

That said, this was an expensive film to make. You wouldn't know it by looking at them, but it cost Disney $75 million to bring these exceptionally "not-cute" characters to life.

Fortunately, this film did fare well with film critics and moviegoers, which could help with the film's box-office staying power.

Last but not least this week is "The Spy Who Dumped Me," bringing in an estimated $12 million in its first weekend out. The Mila Kunis-Kate McKinnon spy-comedy cost about $40 million to produce, which makes this debut less than ideal.

But it does seem that Kate McKinnon is receiving quite a bit of praise for performing well in a bad movie — which, unfortunately, has been her calling card as of late.

As for next week, Jason Statham manages to find someone bigger than Dwayne Johnson to get into a fight with.