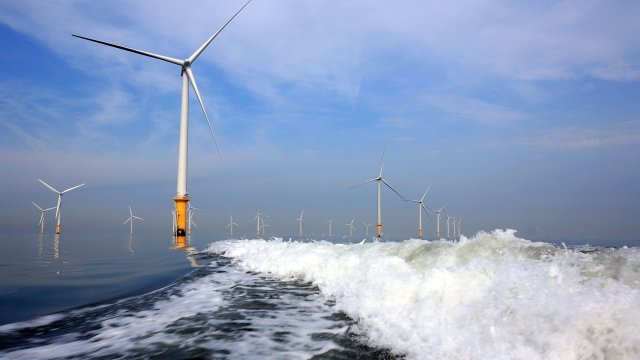 Scientists say capturing the energy of ocean winds over the North Atlantic could theoretically generate enough energy to power the entire world.

New research notes wind speeds over the ocean are 70 percent higher than over land. So while covering the central U.S. in wind turbines would still fall short of powering the U.S. and China, they argue that wind turbines over the North Atlantic could generate three times as much energy, leading to "civilization scale power."

And to achieve this, all we'd need to do is create turbines that can withstand extreme open ocean conditions — and then figure out a way to build them across large stretches of the ocean. Sounds reasonable, right? 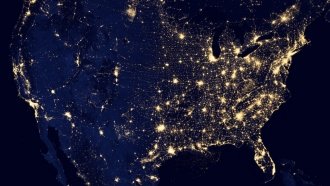 Department Of Energy Turns 40 With An Uncertain Future Ahead

Even with those technical hurdles out of the way, researchers say a concentrated field of deep-sea wind turbines could dramatically alter the Earth's climate.

But on a smaller scale, the research points to the potential impacts of deep sea wind farms in the future.

This is not an entirely new idea. The U.S. built its first offshore wind farm last year, and the industry has thrived in Europe.

In 2016, the U.S. Department of Energy set goals to develop an offshore wind market by 2020 and to expand to multiple regions by 2050. But the Trump administration could impede those goals: The head of the Environmental Protection Agency recommended Monday that the U.S. end tax incentives for the wind industry.