Top U.S. Diplomat To Ukraine Will Testify Before Congress 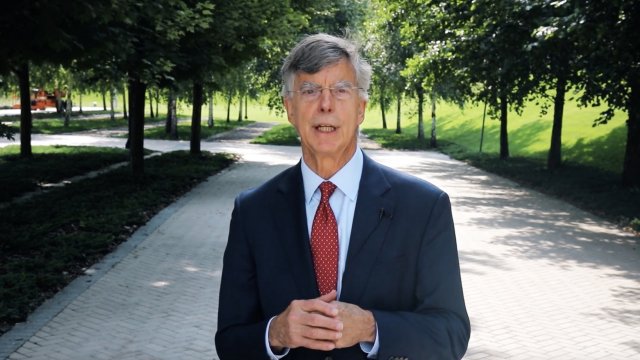 Another day, another hearing.

House democrats have their next witness on deck for the impeachment inquiry of President Trump.

He's a key player following a line up of current and former state department officials congressional committees have heard from.

Volker handed over text messages to the House Oversight, Intelligence and Foreign Affairs committees during his deposition.

They showed Taylor had concerns about relations between President Trump and his Ukrainian counterpart, Volodymyr Zelensky.

There are several exchanges Taylor directly responds to: In the first, Taylor expressed a concern to Sondland.

He said Ukraine doesn't want to be an instrument in Washington reelection politics.

Sondland, said "absolutely, but we need to get the conversation started."

Taylor texted Sondland about next steps for a meeting between the two.

Sondland moved the conversation to a phone call.

It's a move he did again in a third exchange with Taylor.

Taylor asked "Are we now saying that security assistance and WH meeting are conditioned on investigations?” Sondland said, “Call me.”

In the last documented exchange between the two, Taylor said "I think it's crazy to withhold security assistance for help with a political campaign."

Sondland responded saying "The President has been crystal clear no quid pro quo's of any kind." He continued on to say "I suggest we stop the back and forth by text."

President Trump has since said he doesn't know most of the ambassadors or their names.

But he later praised Sondland for shutting down questions of quid pro quo in the text messages.

Former State Department officials have described Taylor as a person of high character and professionalism.

The former Army officer came out of retirement to lead the U.S. embassy in Kiev.

Former officials expect his testimony to be "forthright and informative."