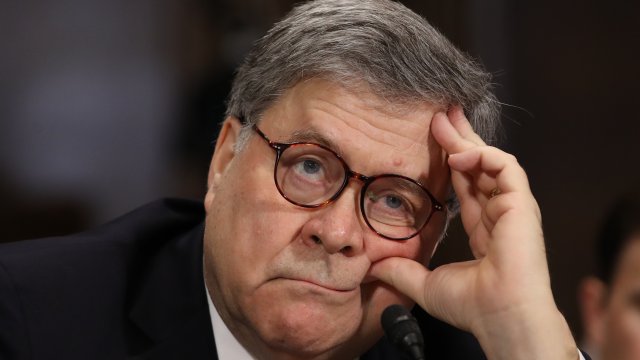 A full House of Representatives vote to hold Attorney General William Barr in contempt of Congress is likely where the complaint begins and ends.

That's because what happens next is that the case will be turned over to the Department of Justice or the U.S. Attorney's Office in Washington, D.C. It's unlikely they'll move forward with prosecuting their own boss.

Congress may instead opt to take Barr and the Trump administration to court and try to put Barr in jail until he turns over the unredacted Mueller report. It's a risky move for Congress. A ruling in their favor could strengthen their argument for gaining access to the documents they're requesting. But a ruling against them could hurt them not only in this case but in future related cases, and even set a precedent for future administrations.

It's been 92 years since they've done it, but the House could send the Sergeant-at-Arms to arrest the attorney general. That is even more unlikely.

And though it may not have much real impact, the act of holding a political official in contempt is not uncommon. Former Secretary of State Henry Kissinger and Commerce Secretary Rogers C.B. Morton were charged in 1975. White House Chief of Staff Josh Bolten and White House counsel Harriet Miers were held in contempt of Congress under President George W. Bush. Obama's Attorney General Eric Holder became the first A.G. held in both civil and criminal contempt in 2012.

Kissinger's charge was dropped. Morton was cited by a subcommittee, but not the full committee — he gave up the documents the day of the full vote. The House took Bolten to court and won, but a court of appeals stayed the decision. Miers was cited by the House, but Republicans stood by her. Holder continued on as Obama's A.G.

In all likelihood, this isn't going to produce the unredacted Mueller report, nor is it likely to weaken Barr's position.