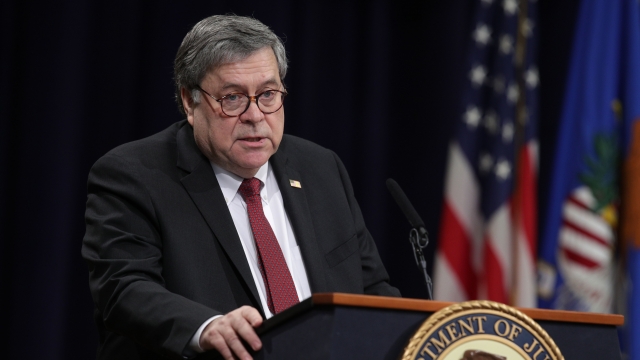 Attorney General William Barr is scheduled to testify next Wednesday before the Senate Judiciary Committee.

Barr's testimony in front of lawmakers comes after the Department of Justice released a redacted version of special counsel Robert Mueller's report.

After a press conference, Democrats criticized Barr's conclusion of the report. House Speaker Nancy Pelosi said "Barr presented a conclusion that the President did not obstruct justice. The Mueller report appears to directly undercut that claim." Barr and Deputy Attorney General Rod Rosenstein ultimately decided not to file obstruction charges against President Trump.

Barr is also under pressure to hand over the full, unredacted report. House Judiciary Committee Chairman Jerry Nadler subpoenaed the full report and underlying materials. The Justice Department gave lawmakers the option to see a less-redacted version of the report but Democrats rejected that offer. Barr has until May 1 to release those documents.