Will You Need A COVID-19 Booster Shot? 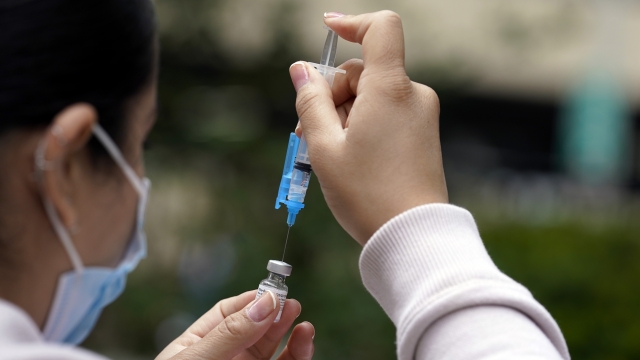 We've heard one thing from the COVID vaccine drugmakers: booster shots are coming.

"The variants will play a key role," Pfizer CEO Albert Bourla said in an interview with NBC News.

"I want to make sure there are boost vaccines available in the fall so that we protect people," Moderna CEO Stephane Bancel told CNBC.

But some scientists are saying...not so fast.

"Let's kind of calm down that dialogue just by looking carefully at the studies."

Dr. Monica Gandhi is an infectious disease expert in San Francisco. She says as case numbers go down, we shouldn't expect to see as many variants of the virus.

"We have heard so much about variants that we think this coronavirus mutates really quickly," Dr. Gandhi said. "It actually doesn't."

"At this time, there's no reason for anyone to go out and get a third dose of a vaccine."

Dr. Thomas Campbell leads the Colorado branch of Moderna's COVID vaccine research — he says only time will tell. Although variants like the one first found in South Africa may seem to drive the need for a booster, science can put that in check.

"It's a very low proportion of all new infections," Dr. Campbell said. We have other variants here, but the other variants that are here are covered well by the existing vaccine."

It's also important to consider research on something called immunogenicity, which is how the immune system responds in the real world, outside lab settings.

There's two arms of the immune system. One arm produces something called B cells, which produce antibodies, and another produces T cells. If they're not seeing the virus, the B and T cell counts do go down over time, but they also make something called memory B and memory T cells.

"If they get stimulated, if they see anything that looks like this virus, again, they also replicate, come roaring out and kill the virus," Dr. Gandhi said.

Early research shows recovered COVID patients and vaccinated people not only had those B and T cells months after the vaccine... but that the B cell memory cell response was “robust and is likely long-lasting."

Experts tell Newsy more research will help. So far, the World Health Organization says there’s not enough data about the long-term immunogenicity of the COVID vaccines out there with emergency approval.