Will Yemen's 'Massive Humanitarian Crisis' Come To An End? 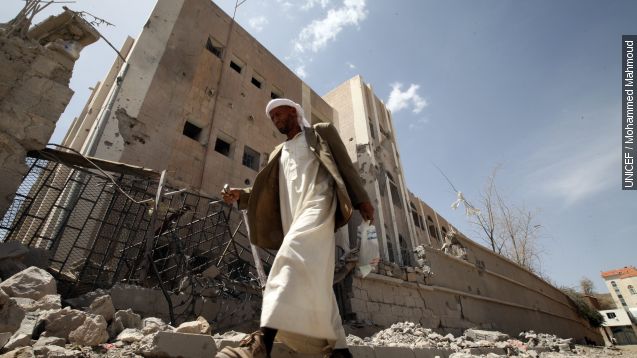 SMS
Will Yemen's 'Massive Humanitarian Crisis' Come To An End?
By Jake Godin
By Jake Godin
July 23, 2015
Yemen's humanitarian problems have deepened in the months since its civil war broke out in March. Will the crisis come to an end anytime soon?
SHOW TRANSCRIPT

Yemen has a "massive humanitarian crisis."

And disease outbreaks put even more lives at risk.

If you can find it, you have to wait in line.

The United Nations has trouble accessing almost all of Yemen's provinces.

But in July, after months of intense clashes with Houthi rebels, pro-government forces secured the southern port city of Aden.

An aid ship with the U.N. World Food Program docked in Aden on July 21, the first such relief in months.

But 12.9 million people don't know when they'll eat their next meal.

And for the first time since Aden was captured in March, an aircraft landed at the city's airport.

Now, more humanitarian aid is expected to reach the city and southern Yemen in the coming months.