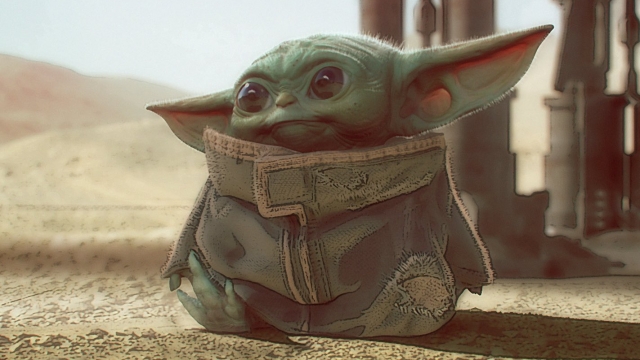 SMS
Will The 'Streaming Wars' Cause A Rise In Digital Piracy?
By Casey Mendoza
By Casey Mendoza
November 22, 2019
Viewers don't necessarily want to subscribe to multiple streaming services for just a couple shows. Does that mean they'll resort to piracy?
SHOW TRANSCRIPT

It only took three hours for Disney Plus' highly-anticipated original series "The Mandalorian" to start getting pirated online.

More than a week after the platform aired, Newsy analysis found that between 10,000 and 17,000 users were continuously helping distribute "The Mandalorian" via The Pirate Bay and its subsidiary websites. The Pirate Bay is a popular venue for torrenting, or peer-to-peer file-sharing, and while our data just barely scratches the surface of the distribution, Prof. Dustin York of Maryville University says it shows demand.

"I think the piracy really means that it's a hit. On the positive side, I think Disney should be very proud that it is a success [and] huge hit. Y'know, Oscar Wilde is famous for saying that imitation is the sincerest form of flattery. So it's obvious that people are wanting to get that content."

Outside the U.S., demand for "The Mandalorian" is also high in countries like the U.K., Sweden and France, according to data from research firm Parrot Analytics. The problem is: Disney Plus won't be available in those countries until March of 2020 — making digital piracy the only available option to watch the show at all.

Beyond the current inaccessibility of Disney Plus internationally, some people are worried that the "streaming wars" in general will result in a rise of digital piracy. That's because people don't want to subscribe to multiple streaming platforms to watch just a couple of their favorite shows. With this in mind, one expert told Newsweek that "all valuable content is at risk."

"The easiest option is going to win out. ... It's not [that] I don't want to spend any money on my entertainment — that's proven to be not the case. People are willing to pay. They want the as easy as possible, where I don't have to have all these subscriptions, and how do I login, what's my username and password for this one, and sharing, and all this kind of stuff?"

"I think piracy is only going to increase."

Those statements are pretty definitive, but it's worth noting that not everyone agrees.

Parrot Analytics' Head of Partnerships told Newsy: "Digital piracy has plagued the content industry for years. 'Game of Thrones' is the most pirated show in history and yet is a phenomenal success in its commercial forms. ... But as more and more of these streaming platforms are rolling out around the world and content is becoming more accessible and even affordable, we may actually see piracy level out or even decrease over time."