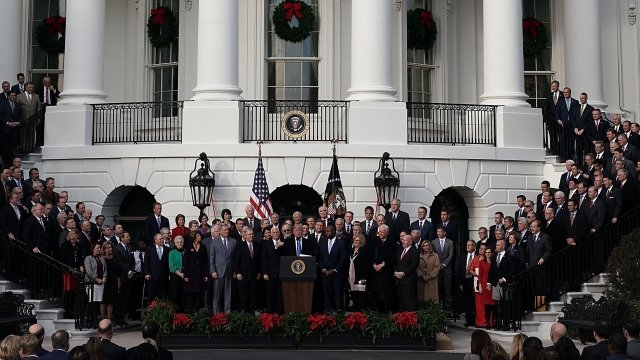 SMS
The Shutdown Blame Game: Will Voters Point Fingers Or Just Shrug?
By Eugene Daniels
By Eugene Daniels
January 23, 2018
More than half of voters in a new poll said President Trump didn't do enough to bring parties together to stop the shutdown.
SHOW TRANSCRIPT

Now the "blame game" for the shutdown starts. Dems are blaming Republicans, the GOP is blaming Democrats. But there's really only one group of people whose opinion really matters: voters.

A new Politico/Morning Consult poll found 48 percent of those polled blamed the president and congressional Republicans for the shutdown; only 35 percent blamed Democrats.

"That sort of goes against the conventional wisdom in Washington, which is Democrats backed down because they were scared of getting blamed for the shutdown," Politico's Kevin Robillard told Newsy. 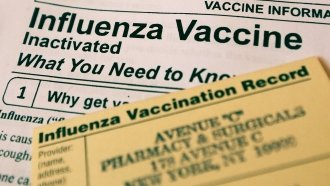 Per usual, there was a partisan divide in the poll, with each side pointing fingers at the other. But the majority of voters pointed to the top — at President Donald Trump. Fifty-three percent of voters said he didn't do enough to bring the two sides to the negotiating table.

"That indicates this is another knock against Trump in a lot of voters' minds. And also just indicates that a lot of voters are just predisposed not to like Trump and will sort of blame sort of whatever happens, a shutdown or whatever, on him," Robillard said.

And an increasing percentage of voters believe DACA was important enough to shut down the government over. A poll taken before the shutdown found 42 percent thought it was; now, 47 percent of voters believe that.

With the 2018 midterm elections essentially underway, all sides want to make sure they don't step on any land mines on the way to the congressional majority, so pushing blame to the other side will be in full swing for a while. But it's possible that with how quickly the news cycles move nowadays, voters will just forget about the shutdown when they walk into the voting booths.