Will The Student March Achieve What The Million Mom March Couldn't? 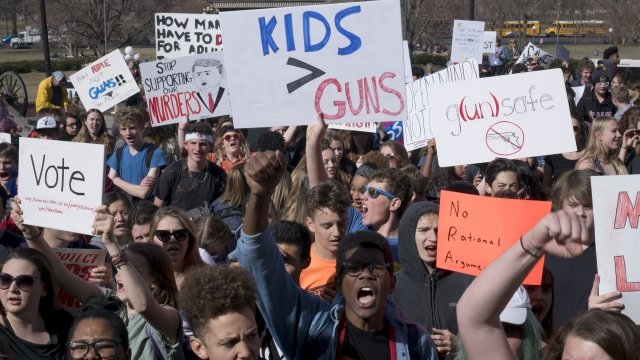 Before the March for Our Lives came together, there was the Million Mom March, a pro-gun control rally on Mother's Day in 2000. But can this new movement achieve what the other couldn't?

The Million Mom March began as a website created by New Jersey mom Donna Dees-Thomases. It was meant to rally mothers after the Los Angeles Jewish Community Center shooting. In 1999, a white supremacist with a semi-automatic gun fired 70 shots inside the center, killing five — three were children. 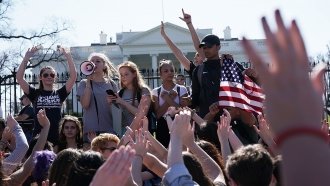 More than 750,000 moms and advocates marched in Washington, D.C., 18 years ago, but the movement has lost steam. By the first anniversary, the march itself, along with its 70 satellite cities, had fewer attendees. George W. Bush, who often got support from the National Rifle Association, was elected in 2000. Gun control legislation went nowhere. Million Mom's attempt to get the 1994 ban on assault weapons renewed in 2004 failed.

What makes March for Our Lives different from the Million Mom March? Million Mom organizer Debra Wachspress tells USA Today: "They have a movement. … We didn't have that." That movement is being sustained by students via social media. #Neveragain has revived the calls for gun control. A month after the high school shooting in Parkland, Florida, the gun control conversation is still going. 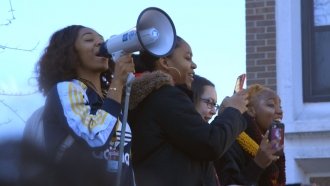 Larger businesses like Delta Air Lines and Best Western have severed ties with the NRA. Dick's Sporting Goods and Walmart now won't sell guns to anyone under 21. The Parkland students have also raised $3.7 million for future events with support from celebrities like Oprah Winfrey and former New York City Mayor Michael Bloomberg. And thousands of students across the country staged a national school walkout to protest gun violence weeks before the march on Washington.

Although no one can say if the March for Our Lives will achieve what the Million Mom March wanted, the recent movement has already sparked concrete actions from some businesses and revived the gun control conversation unlike it's ever been. And some of the Million Mom marchers will rally alongside the students.