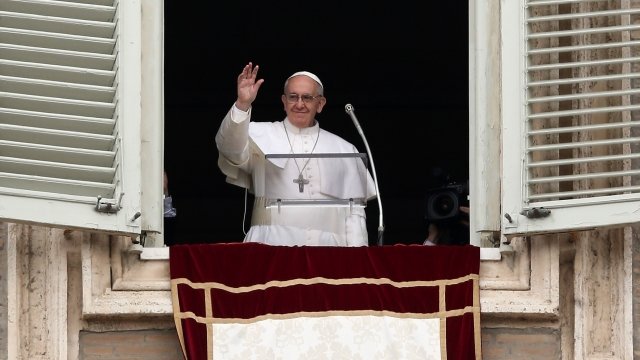 SMS
Why The World Is Waiting To Hear If The Pope Says 'Rohingya'
By Ryan Biek
By Ryan Biek
November 27, 2017
Myanmar's military is accused of waging an "ethnic cleansing" campaign against Rohingya Muslims. But many wonder if Pope Francis will take a stand.
SHOW TRANSCRIPT

The success — or failure — of Pope Francis' trip to Myanmar may rest on whether he uses one word.

Francis is already making history as the first pope to visit the Southeast Asian country. But many are watching to see what stance, if any, he takes on behalf of the Rohingya people.

Myanmar is a predominantly Buddhist nation whose military is accused of waging an "ethnic cleansing" campaign against Rohingya Muslims. Hundreds of thousands of the minority group have fled to nearby Bangladesh.

Before this trip to Myanmar, Pope Francis has spoken out multiple times on behalf of the Rohingya people. In February, the Pope said the group was being "tortured and killed, simply because they uphold their Muslim faith."

But a cardinal from Myanmar warned the pope to avoid even using the word "Rohingya" inside the country as it's so divisive, it could lead to protests against the minority Muslims. 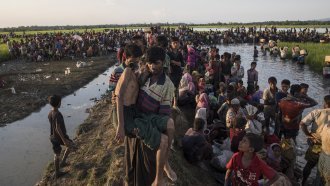 Myanmar's government doesn't recognize the term "Rohingya." The ruling party said they should be called "Bengalis" — which is a way to assert the Rohingya are really immigrants from Bangladesh.

Experts say if the pope uses the word Rohingya in any of his speeches during the three-day visit, he'll be taking a clear stand on the issue.