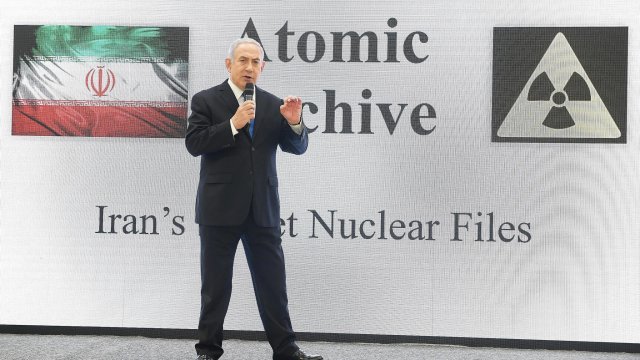 On Monday, Israel's prime minister made a dramatic announcement about Iran's nuclear program. Turns out, Israel claims it obtained thousands and thousands of pages on a secret Iranian nuclear program called "Project Amad."

But here's the thing — the world already knew about Project Amad, the simulations, the cores and the nuclear test site preparations. It was all in a 2015 report from the International Atomic Energy Agency. 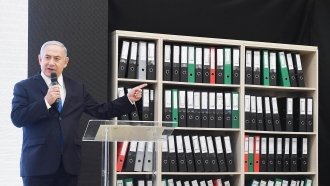 The IAEA is tasked with monitoring and verifying Iran's nuclear activities as part of the deal Iran signed with the U.S., Russia, Germany, France, China and the United Kingdom to get sanctions lifted. Project Amad? Yup that's in the report. Weapon simulations? Also in there. The nuclear cores and testing prep are also in the document.

So right, nothing really new on those fronts. So why have a presentation at all, then?

Well, Israel's prime minister definitely does not want Iran to get anywhere near acquiring a nuclear weapon. Israel views this as an existential threat, and Netanyahu's been against the Iran deal ever since it was signed and even lobbied the U.S. Congress against it.

"One path leads to a bad deal that will at best curtail Iran's nuclear ambitions for a while," he told Congress in a 2015 speech.

Turns out, he has an ally in the White House.

"You know this was an agreement that wasn't approved by too many people. And it's a horrible agreement for the United States," President Donald Trump said during a press conference.

President Donald Trump has also been a pretty big critic of the deal. This is despite the fact that military leaders for both countries, as well other nations in the deal, agree that it's working.

As the May 12 deadline for renewing the deal approaches, Netanyahu's presentation may have been intended for an audience of one: Trump.