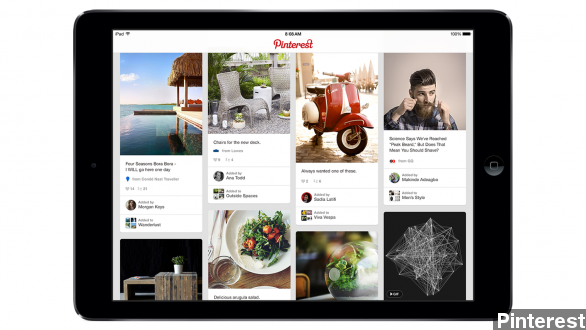 SMS
Will Native Advertising Thrive On Pinterest? Data Says Yes
By Mikah Sargent
By Mikah Sargent
December 29, 2014
After a lengthy beta program, Pinterest says it's planning on rolling out 'Promoted Pins' at the start of the new year.
SHOW TRANSCRIPT

The social site for sharing and discovering things you're interested in, hence the name, has been experimenting with promoted content for several months now. Much like Twitter's promoted tweets or Instagram's promoted posts, Promoted Pins are a type of advertising that resembles other content on the site. (Videos via Pinterest, Twitter)

This type of advertising is often referred to as "native advertising." And if Pinterest's research is any indication, it's bound to be quite lucrative for marketers.

In a blog post, the company detailed some of what it's learned during the eight-month trial period:
• Promoted content is just as popular as other, user-created content.
• Even after a company's paid advertising campaign comes to an end, users still share promoted content.
• Content you wouldn't normally find on Pinterest — things other than travel, crafts, how-tos, etc. — did well on the site.

Since the site's built for keeping track of things you want to spend money on, it's a great place for brands to say, "Hey, spend money on me."

If you're a brand looking to get in on the Pinterest platform but need a few ideas, the company says it will hold quarterly "Pinstitute" workshops where it will teach brands how best to market their content for Pinterest users. (Video via Pinterest)

Promoted Pins will be available to all advertising partners beginning Jan. 1.