Will More People Use Twitter, Now That It Has Moments? 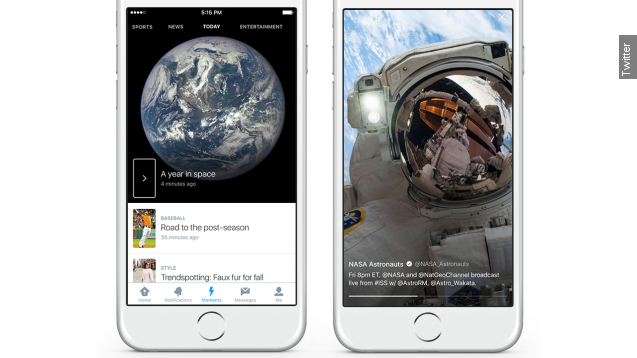 SMS
Will More People Use Twitter, Now That It Has Moments?
By Mikah Sargent
By Mikah Sargent
October 6, 2015
On Tuesday, Twitter revealed Twitter Moments, a feature aimed at helping users find the best, most up-to-date content on the platform.
SHOW TRANSCRIPT

For some time now, Twitter has been looking for ways to grow its user base.

Whether that be enticing the millions upon millions of users who've tried and then abandoned the social media site or drawing in completely new users, Twitter has spent the last several months building Twitter Moments, the company's latest please-oh-please-join-Twitter feature.

And that same problem exists for long-time users of the service. When I scroll through my Twitter timeline, I'm only seeing tweets from the people I follow. What if I'm missing the most popular tweet of the day, the latest and greatest joke or some famous person's birth announcement? (Video via Twitter)

That's where Moments comes into play. The company says you can "find the best of Twitter in an instant" with the new feature.

You'll find Moments pretty easily in the Twitter app (don't forget to update). It's the little lightning bolt smack-dab in the middle of the toolbar. It's divided into several different categories: news, sports, entertainment and fun, to name a few. Each category is filled with tweets and media related to the category; Twitter calls these "moments," as you might have guessed.

It reminds us a little of Facebook Paper — it's essentially a pared down version of the main service with a well-designed user experience and loads of media.

And the loads of media approach seems to be the goal. Twitter Moments' product manager explained it this way to The Verge: "Let's strip away some of the things that might be difficult for people: What do I search for? How does this work? Let's just take the things we have and put them directly in front of people."

For now, Twitter says moments are curated by an internal team, with content from a few third-parties. The company says it will continue to expand its list of partners.