Will MLB Pitchers Warm Up To This New Padded Cap? 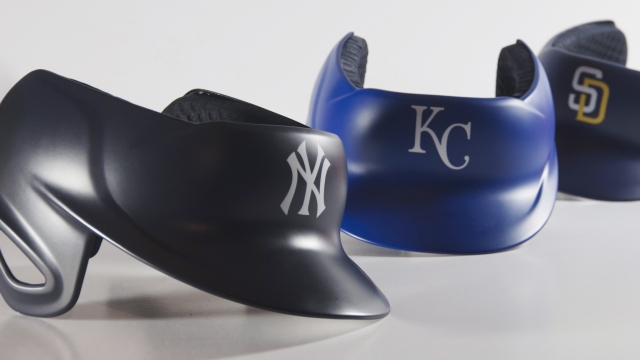 SMS
Will MLB Pitchers Warm Up To This New Padded Cap?
By Carter Woodiel
By Carter Woodiel
February 13, 2016
MLB pitchers have seemed reticent about wearing protective headgear, but a new helmet-cap hybrid might change their minds.
SHOW TRANSCRIPT

MLB pitchers at risk of line drives to the head might be wearing a new piece of headgear this spring — that is, if they're willing to wear it.

The headgear confronts an increasingly visible problem in baseball. Five big-league pitchers were hit by liners in 2015, with four of them suffering hits to the face.

But just because a new product might better protect them doesn't mean they'll embrace it. Pitchers are creatures of habit, and they're reluctant to adopt something that might throw off their routine.

Remember when manufacturer IsoBlox introduced a cap for the 2014 season?

Even Dodgers right-hander Brandon McCarthy, who faced life-threatening injuries after he was hit with a liner in 2012, passed on wearing the IsoBlox hat, saying it just wasn't ready for the big leagues.

We'll have to wait until spring training starts to find out if the new cap design is ready for its major league debut. Pitchers and catchers start reporting this week.

This video includes clips from IsoBlox, ESPN and Fox Sports and images from Boombang and Getty Images.