Will Michael Bloomberg Run As An Independent? It Could Happen 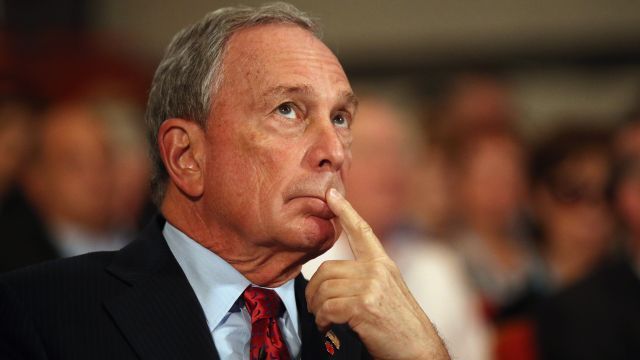 SMS
Will Michael Bloomberg Run As An Independent? It Could Happen
By Jake Godin
By Jake Godin
January 23, 2016
The former mayor of New York City could be gauging his odds as an independent candidate this election, according to The New York Times.
SHOW TRANSCRIPT

Michael Bloomberg, business magnate and former mayor of New York City, is tossing around the idea of an independent presidential run, according to The New York Times.

The newspaper reports that Bloomberg has mobilized aides and consultants to see what it'd take to get a campaign up by early March.

Running as an independent is a long shot. But, as the Times points out, the strangeness of this election has put Bloomberg in an interesting position. (Video via Mike Bloomberg)

Donald Trump is leading on the right, and Bernie Sanders is overtaking Hillary Clinton on the left. If both become the presidential nominees, that could leave room for a middle-of-the-road independent bid.

But Bloomberg has some disadvantages that could make both sides balk. He's a business man with ties to Wall Street, supports abortion rights and is an advocate for gun control.

So far, there's been no official comment from Bloomberg on his speculated bid for president. (Video via Mike Bloomberg)