Will McAvoy From 'The Newsroom' Is Back And Mad As Hell 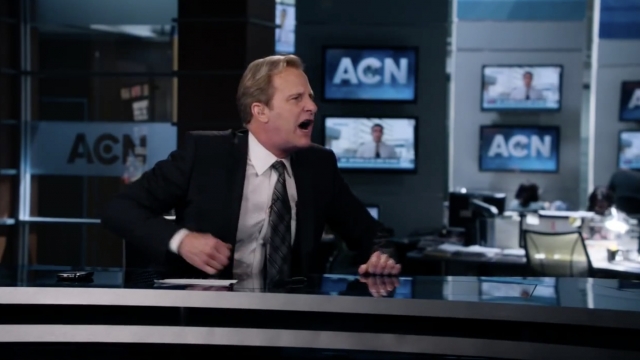 Jeff Daniels reprised his role to comment on the presidential election in a recent Bloomberg interview.

Remember this rant from "The Newsroom"?

"There is absolutely no evidence to support the statement that we're the greatest country in the world. We're seventh in literacy, 27th in math, 22nd in science, 49th in life expectancy, 178th in infant mortality," Will McAvoy said.

Jeff Daniels reprised his role as anchorman Will McAvoy on Bloomberg — rant included.

Daniels/McAvoy commented on whether Hillary Clinton was a good matchup for Donald Trump. And the re-creation was rich.

There was a producer feeding lines to her anchor. Muted moderators. And we think this woman may have been cast to fill the shoes of "stunned sorority girl."

Thanks for keeping it real, Mr. McAvoy.