Will France React To US Spy Claims Like Germany Reacted? 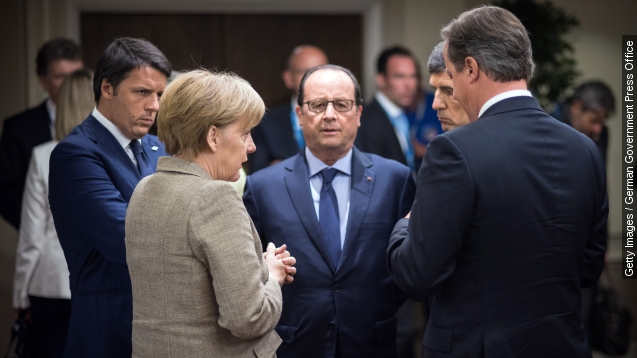 Leaked documents allegedly show the U.S. tapped French leaders' phones. Similar leaks in 2013 led to a rough patch between the U.S. and Germany.

In response, current French President François Hollande called a meeting with his country’s defense council, meaning the U.S. and France could be headed for a rough patch.

This feels familiar. In late 2013, similar documents were leaked saying German Chancellor Angela Merkel’s phone, and the phones of other German leaders, had been tapped by the U.S. (Video via BBC)

A phone call from President Obama insisting the U.S. had not tapped the leader’s phone didn’t stop Merkel from launching an investigation into the alleged act of espionage.

Eventually, after German investigators said they found proof of the taps, Merkel ordered the CIA’s top officer — who was in Berlin at the time — to leave the country. Since then, relations between the U.S. and Germany have relaxed.

This new WikiLeak scandal is definitely similar — once again, the U.S. is portrayed as targeting an ally — but this one seems a bit more personal.

The new round of leaks claims information from phone taps was being collected in a document titled “Espionnage Elysée.” The leak says Hollande and the two French presidents before him were being tapped as far back as 2006 and as recently as 2012.

WikiLeaks wrote that Elysée summarized “conversations between French government officials concerning some of the most pressing issues facing France and the international community, including the global financial crisis, the Greek debt crisis, the leadership and future of the European Union” and more.

The Guardian reports former French president "Nicolas Sarkozy told journalists the spying was 'unacceptable as a general rule and even more so among allies.'"

We'll find out soon enough whether Hollande agrees with him. An NSA spokesperson says the agency will not "comment on specific intelligence allegations."