Will Ferrell Drops Comedy About Reagan's Alzheimer's After Outrage 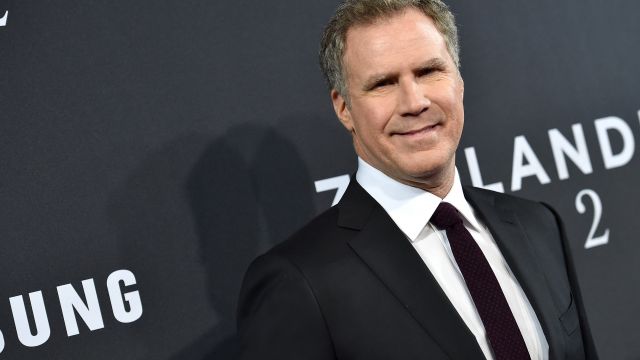 SMS
Will Ferrell Drops Comedy About Reagan's Alzheimer's After Outrage
By Matt Picht
By Matt Picht
April 29, 2016
The actor canceled plans to star in a comedy about the late president Ronald Reagan after it got some public backlash.
SHOW TRANSCRIPT

Ronald Reagan's devastating battle with Alzheimer's doesn't really sound like comedy gold. But Will Ferrell was reportedly considering starring in a comedy about Reagan's dementia — until the public backlash hit.

The script wound up on an annual list of Hollywood's most popular unproduced screenplays. It reimagines Reagan battling Alzheimer's during his second term. The movie's plot would center around an aide trying to convince Reagan that he's acting in a movie about the president.

Ferrell's production company, Gary Sanchez Productions, optioned the script, and the actor was apparently considering a starring role. But the notion of a film poking fun at Reagan and Alzheimer's disease rubbed quite a few people the wrong way.

In an open letter to Ferrell, Reagan's daughter Patti Davis wrote, "Alzheimer's is the ultimate pirate, pillaging a person's life and leaving an empty landscape behind. ... Perhaps you would like to explain to them how this disease is suitable material for a comedy."

Ferrell's camp contested the idea that the script makes fun of Alzheimer's but said he was no longer pursuing the project. It's not clear if the film will move ahead without Ferrell's involvement.