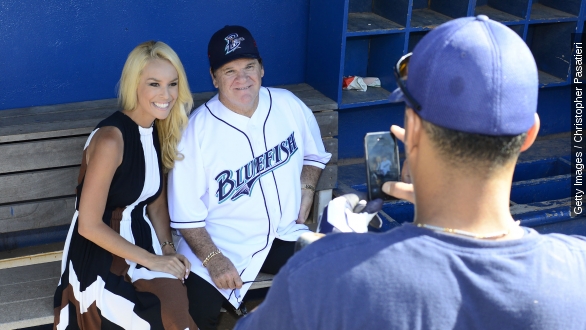 It's been a week since this edited video surfaced, and it's probably a safe bet you know who ESPN reporter Britt McHenry is by now.

"I'm in the news sweetheart. That's why I'll f---ing sue this place. ... Do you feel good about your job? So if I was a college dropout, I could do the same thing? ... Maybe if I was missing some teeth they would hire me huh?"

Despite the backlash that followed...

"I don't think a one-week suspension is long enough."

McHenry's suspension from ESPN ended Thursday, and she will return to ESPN this weekend.

ESPN senior coordinating producer Seth Markman told Sports Illustrated that McHenry will return to her normal work schedule, saying: "It wouldn't shock me if some people react negatively. ... We had a conversation where we both talked about that it would take time and it will be hard. She knows that."

Yeah, McHenry probably won't receive the warmest welcome when she returns to the network.

​"People have to relate to her, and she has just made it much more difficult for herself. And she needs to do better on that apology," Fox News anchor Megyn Kelly said.

She was even the butt of a David Spade spoof on Funny or Die earlier this week.

For the time being, McHenry has the spotlight, which could potentially work in her favor.

At least according to sports reporter Alex Flanagan who reminds us of the time-worn mantra "No publicity is bad publicity."

Flanagan writes: "In our oversaturated TV market, executives want people who stand out, ones that can move the needle. It seems like more often than not, they don't care what's behind what's making the needle move."

Even if fans of McHenry never learn to love her again — in true "Mean Girls" fashion — there's always room for a girl we love to hate.

Or as a writer for Deadspin put it, "The Perfect Villain."

McHenry will be back on ESPN this weekend to cover the NFL draft from St. Louis.