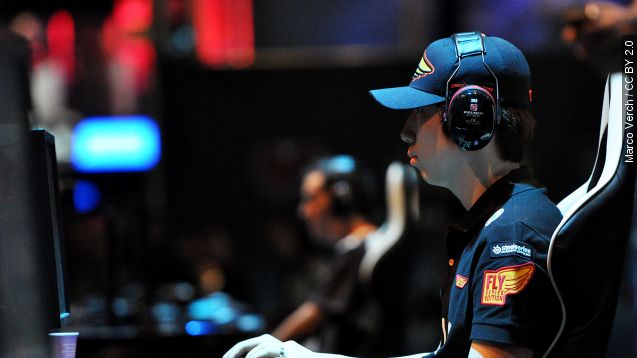 "I don't even care — we were all on Adderall," Counter-Strike player Semphis told an interviewer.

An off-the-cuff remark from a professional video game player has turned into a full-blown esports doping scandal — you know, just like the ones physical sports have to deal with.

Now the professional gaming league at the center of the controversy is implementing drug tests for its members, and everyone’s saying the same thing: esports are becoming just as legitimate as regular sports.

But if anything, this incident illustrates just how far the growing esports movement has to go before it can stack up to other professional athletic leagues.

There’s no longer any question that esports are a big deal: competitive gamers now compete in packed arenas for thousands, even millions of dollars in prizes. And with bigger payouts comes more pressure to perform.

Rather than hulking up on HGH, competitive gamers’ performance-enhancing drugs of choice tend to be mental stimulants like Adderall — drugs that improve concentration and reaction time.

To combat this use, the ESL is now working with two major international anti-doping agencies to develop strict policies about PEDs.

Although the fine details are still being hammered out, this is definitely a positive step forward for esports. And the ESL does have the industry clout to lead on this issue.

Problem is, the esports scene is fragmented. It’s not just a matter of different leagues — esports covers whole different genres of games, each run by a range of different organizations. For example, ESL's policy changes won't apply to The International, a DotA 2 tournament with $16 million on the line run by game creator Valve and arguably one of the largest esports events out there.

And drug testing is expensive; costs can quickly skyrocket into the millions of dollars. Not everyone who hosts an esports league is going to have the resources or the inclination to support drug testing.

There's also the matter of tracking down the players for testing. Unlike other athletes who have to show up in one place to play, esports players can and do compete from anywhere around the globe with an Internet connection. Monitoring those players outside of big, in-person events could be a logistical nightmare.

But the fact that esports is beginning to grapple with these issues is at least an encouraging sign that the still-growing phenomenon can someday achieve the legitimacy of its physical peers.