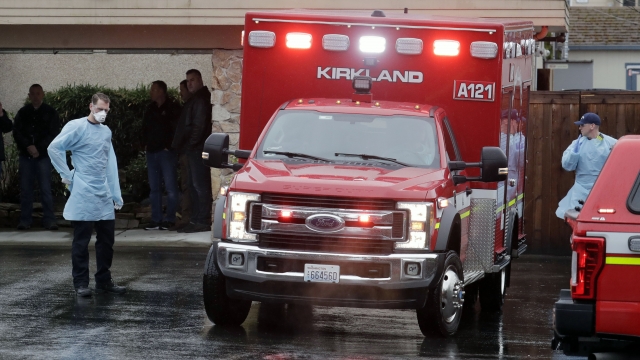 Almost 10 years ago, Washington state made a major change at the ballot box: It got rid of them.

"Typically we're in the top six to 10 states every election cycle for turnout," said Kim Wyman, Washington's secretary of state.

Across the U.S., Colorado, Oregon, Washington state and Hawaii all conduct all vote-by-mail elections, and several other states allow counties to conduct elections by mail.

Officials in vote-by-mail states say the system boosts voter turnout, but there are still drawbacks to conducting a statewide election from your living room.

"We do actually check every signature on every envelope for every ballot that's counted," Wyman said.

Ahead of Tuesday's Democratic primary in Washington, state officials faced a new challenge: At least 19 people in Washington have died of novel coronavirus. Wyman said concerns over the virus remain even though the vast majority of voters won't physically enter a polling location, instead sending in ballots to be counted.

"When we were talking to public health officials, they mentioned they didn't know long the virus might live in someone's saliva when they've licked an envelope," Wyman said. "We hadn't thought of that, so we've tried to lighten the mood a little bit and told people whether or not they’re sick, don't lick the envelope."

Instead, they've asked voters to use water or tape to seal their ballots.

"We haven't looked at any studies that have looked at the threat of contagious disease, so I think we're in uncharted territory a little bit," said Matt Dickinson, a professor of political science and American presidency scholar at Middlebury College in Vermont.

"I mean, the closest variant of this has been a hurricane that came in a few days before an election," Dickinson said. "I can't think of a pandemic or threatened pandemic like this."

As for turnout in Washington's presidential primary, it could be weeks before any impact is known.

"If things come down to Washington and everybody's looking at us, we won't really have results until Friday of election week," Wyman said. "If it's close, we might not have results until certification, which is 10 days after the election."