Will California Set Another Smoking Trend By Raising The Age To 21? 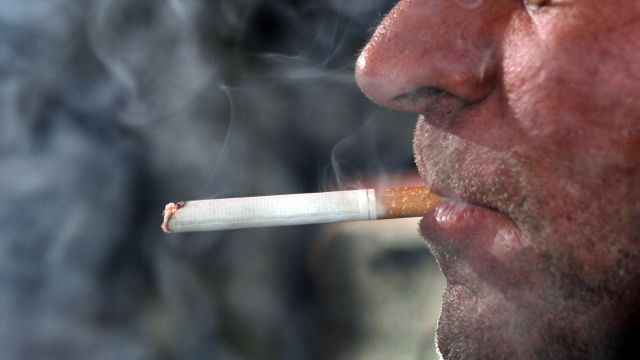 SMS
Will California Set Another Smoking Trend By Raising The Age To 21?
By Katie Link
By Katie Link
March 10, 2016
California could be the second state in the country to raise the legal smoking age to 21. So when will the 48 other states follow suit?
SHOW TRANSCRIPT

California could be the next Hawaii. At least when it comes to tobacco restrictions.

Hawaii became the first state in the country to raise the legal smoking age to 21. The new law, which went into effect Jan. 1, makes it illegal for anyone under the age of 21 to buy traditional cigarettes and electronic cigarettes.

On Thursday, lawmakers in California passed a bill to follow in those footsteps. The bill still needs to make it past the governor, but it’s not a huge surprise the Golden State is at the front of this tobacco trend.

California banned smoking in restaurants and bars back in 1998 — a restriction that spread across the nation pretty quickly.

It looks like the "21-year-old smoker" trend could catch on, too. Some 100 cities across the country, including major cities like New York and San Francisco, already enforce it.

And the public supports it. The Centers for Disease Control and Prevention revealed about 75 percent of Americans surveyed support raising the minimum sale age.

Early research indicates it’s working. A study published last year found that in one Massachusetts city, smoking among high school students dropped pretty quickly after the smoking age was bumped up to 21.

So if cities are doing it, people like it and it’s working, why aren’t more states already doing it? It could be in part because where there are proponents, there are opponents.

Some critics claim that by the age of 18, people should be able to decide what they want to do for themselves.