Will Another Olsen Sister Play Michelle Tanner in 'Fuller House'? 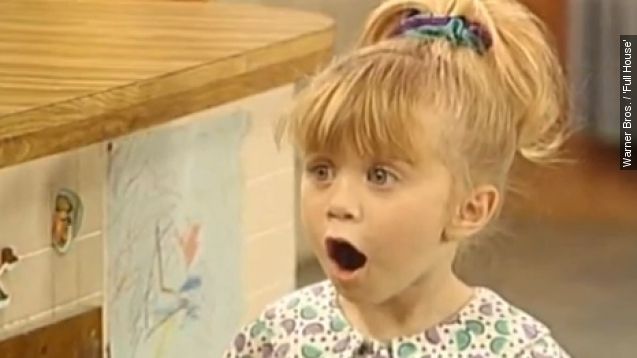 SMS
Will Another Olsen Sister Play Michelle Tanner in 'Fuller House'?
By Cody LaGrow
By Cody LaGrow
January 5, 2016
The Netflix reboot "Fuller House" is coming with a lot of surprises. Here are four things you should know before moving back in with the Tanners.
SHOW TRANSCRIPT

Everywhere you look, the cast of "Fuller House" is whipping up excitement for the return of the classic family sitcom. And here are four things you should know before you as a viewer willingly move back into a house that holds too many families.

1. We should expect the same type of show we came to love. John Stamos — aka Uncle Jesse — shared some insight about the show's production with USA Today.

2. D.J. Tanner is in charge. Candace Cameron Bure will take the reins from Bob Saget and anchor the Tanner household with her three sons.

The trailer also reveals the familiar voices of Stephanie, Kimmy, Joey, Uncle Jesse, Aunt Becky and Danny, all set to be played by the original cast members.

3. The house is too full for the Olsen twins. Mary-Kate and Ashley Olsen chose to forfeit their opportunity to return as Michelle Tanner. Producers even called upon their younger sister, Elizabeth Olsen, to fill the role, but she declined.

Michelle's absence is reportedly explained that she's living in New York, focused on building her fashion empire. Isn't it ironic, don't you think?

"Fuller House" is set to open its doors on Netflix Feb. 26.