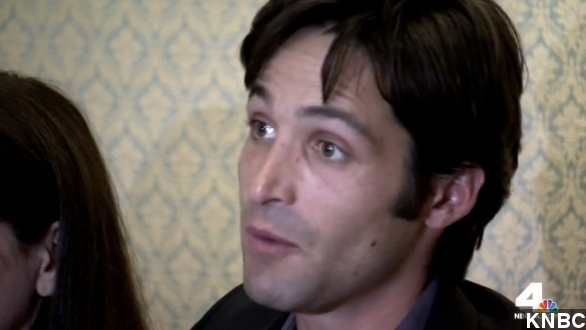 SMS
How The Bryan Singer Allegations Might Affect 'X-Men'

REPORTER: "Senior Editor at the Hollywood Reporter Alex Ben Block expects the studio's will be looking at pulling back Singer's name as much as possible."

​BEN BLOCK: "He canceled an appearance in Anaheim at a comic book convention." (Via KNBC)

People reports there have been other changes in Singer's promotional duties, and Fox has not yet announced if the director will still attend his many scheduled red-carpet events promoting the film.

As for whether the controversy will affect the movie at the box office, People notes: "Most industry watchers don't think so. The six "X-Men" films already released have amassed more than $2 billion in box-office."

But his new drama "Black Box" might suffer. In the wake of the scandal, ABC reportedly pulled promos that included Singer's involvement in the TV show.

TMZ says, according to the new lawsuits, Egan claims Ancier sodomized him several times when he was just 15. The suit against Goddard and Neuman both allege they were part of a Hollywood sex ring and sexually assaulted Egan.

Neuman, the former president of Disney TV, has taken to Twitter to deny the claims, calling them "COMPLETELY FALSE."

And Singer's lawyer claims the accusations are Egan's attempts to garner publicity for himself with the new "X-Men" movie coming out. (Via NBC)

Egan, however, says he was treated like a piece of meat. "These people are evil at the highest level, they are disgusting." (Via Inside Edition)

Egan claims he was sexually assaulted in Hawaii in 1999, and recounted in explicit detail the sexual acts that allegedly took place. The suit is seeking at least $300,000 in damages and attorney's fees.