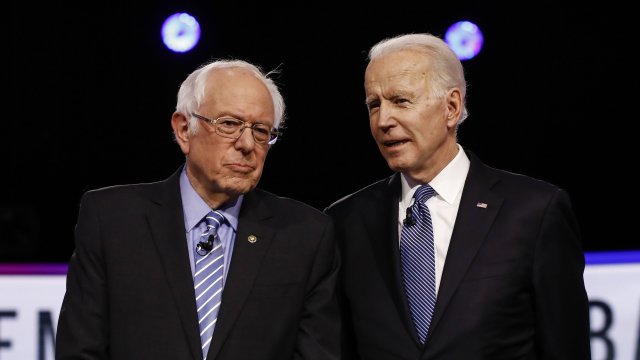 Democrats in 2020 say they are excited to vote against President Donald Trump. But just how excited they are to vote for Joe Biden remains a key question, not only in the race for the White House, but control of Congress.

Representative Cheri Bustos is in charge of winning House races for her party. She tells Newsy the committee is continually growing its number of target districts, which she says is only good for Biden turnout. The Democratic Congressional Campaign Committee expanded what they call their "offensive battlefield" three times in one year, adding nearly three dozen Republican districts to their map.

Democrats picked up an additional 41 seats in the 2018 midterms, gaining them the majority in the House. Those seats are back on the chopping block, with some tough competition from Republicans to take their seats back. So will Biden help drive the vote in those competitive districts?

Stella Rouse, Director for the Center of Democracy and Civic Engagement at the University of Maryland, says she's actually seeing more Republicans in tough races trying to separate themselves from their presidential nominee, not Democrats.

She says Biden will help in purple districts, where voters, who tend to be more moderate may have been turned off by a Bernie Sanders nomination. This time, grabbing up a few more of those districts seems possible to Democrats.

Bustos says the committee has been coordinating with the campaign to figure out districts they can focus on. Months after the Democratic primary ended, still not everyone in the party is as enthusiastic as Bustos is about Biden.

Jordan Zaslow is the executive director for Women for the Win, a group working to elect female candidates to office nationwide. While she says Biden was certainly not the progressive’s first or second or even third pick, Zaslow will support him in part because she believes he'll surround himself with the right people. Plus, she says Democrats' main priority needs to be getting President Trump out of office. But what's still unclear is whether those reasons will be enough for those from her wing of the party.

The Biden campaign is working to win over that left wing of the party, forming a unity task force with Sanders to create the party platform and bringing progressives into the conversation in more concrete ways than Democrats did last cycle.