Will A Partial Government Shutdown Affect Your Holiday Plans? 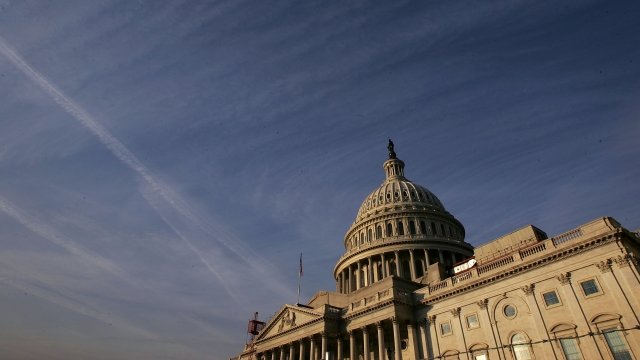 SMS
Will A Partial Government Shutdown Affect Your Holiday Plans?

By Katherine Biek
December 17, 2018
The partial government shutdown would occur at midnight on Dec. 21 — just days before Christmas.
SHOW TRANSCRIPT

The government could soon partially shut down if Democratic lawmakers and President Donald Trump don’t come to an agreement on funding for a border wall.

The partial government shutdown would occur at midnight on Dec. 21 — just days before Christmas. That's when funding is set to expire for a number of agencies, including the Departments of Justice, Homeland Security and Transportation.

But what does this shutdown mean for you? Could your flight to grandma's house be canceled? Will the U.S. Postal Service deliver your presents in time?

Luckily, unlike the Grinch, the looming government shutdown probably won't steal your Christmas. Some government roles are considered essential during a shutdown — so airport security screeners, air-traffic controllers and customs agents should still be on the clock. But don't be surprised if there are more delays than usual.

And since Amtrak only gets some of its budget from the federal government, it's remained in operation during previous government shutdowns.

As for shipping gifts — the U.S. Postal Service doesn't receive any federal tax dollars to fund its operating budget. So its carriers will still be out and about delivering packages.

The Senate Appropriations Committee says more than 420,000 federal employees would be required to work without pay if the government does shut down after Friday. That might seem worse than waking up to coal in your stocking, but they'd get paid after the government reopens.