Will $25 Motivate Thousands To Bring In Defective GM Cars? 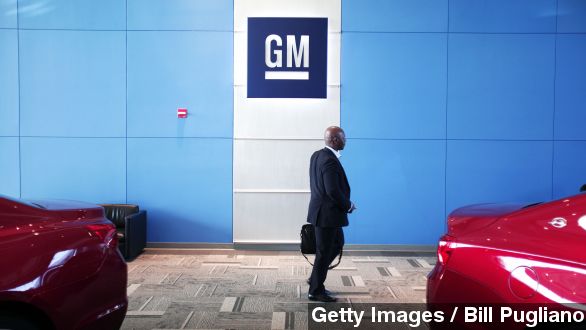 If you're one of the millions whose cars were recalled by General Motors for faulty ignition switches but you haven't taken yours in yet, don't worry: The car manufacturer might have something for you.

JENNIFER WESTHOVEN VIA HLN: "General Motors is throwing in a gift card to get you to fix your recalled car."

That's right — GM sent notices to hundreds of thousands of car owners promising them each a gift card if they get their recalled ignition switches replaced before Jan. 1.

So just how much is this go-and-get-your-car-fixed incentive worth? $25 each.

Car owners will reportedly be able to choose a $25 gift card from one of seven companies including Applebee's, Amazon, Starbucks and Wal-Mart.

That should cover at least one two-for-$20 deal at Applebee's or possibly a week's worth of coffee at Starbucks ... well, depending on what you drink.

And OK, yeah, $25 doesn't sound like much, but monetary compensation is not the idea here. It's incentive.

A communications spokesperson at GM told the Los Angeles Times: "There are several hundred thousand people who have taken no action whatsoever. They haven't seen their dealers, even though they have been contacted by us repeatedly."

The issue with the recalled ignition switches is that they can be turned off by a heavy set of keys, rendering the car unsafe. So far, 13 deaths have been linked to the defect. (Video via Consumer Reports)

Although GM initially struggled to get the replacement ignition switches to all its dealers, The Detroit News reports the auto-maker's supplier finished making them available to dealers in October.

But even though it's free, there's no way of forcing people to go get their cars fixed at their dealers — hence the gift card incentive. Whether it'll work is up to the individual.​

The New York Times interviewed one man who, although he already had his car fixed, said Starbucks would have been a good enough incentive for him to get it done sooner. Another said it was too little too late, though.

So far, GM has reportedly repaired a little over 1 million cars affected by the recall — that's out of a total of 2.4 million recalled.