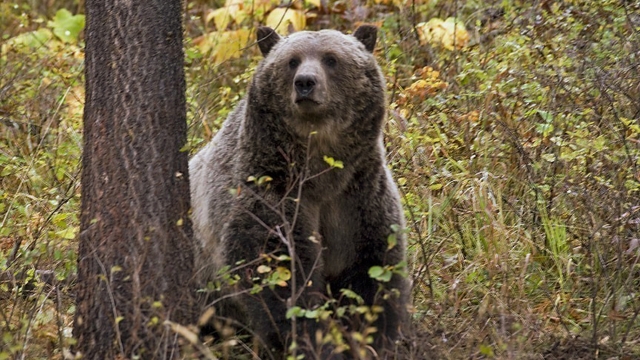 The grizzly bear killed a woman camping in western Montana.

Montana wildlife officials are searching for a grizzly bear that killed a woman who was camping.

The woman was on a cycling trip when she stopped to camp near a rural town. Early Tuesday morning the bear wandered into the camp site.

Authorities say they plan to euthanize the bear if it is found.

"For now we're fairly confident the bear is not in the immediate area. But we have taken steps. Fish, wildlife and parks have taken steps to hopefully trap the bear and we'll continue to monitor it," said Powell County Sheriff Gavin Roselles.

Bears that attack people are not always killed if it was a result from a surprise encounter or the bear was defending its cubs. But the bear involved in the latest attack is considered a public safety threat.

Deadly encounters are rare in the region. There have only been three in the last 20 years including this week's.