Wildfires In The Amazon Are Uniquely Difficult To Fight 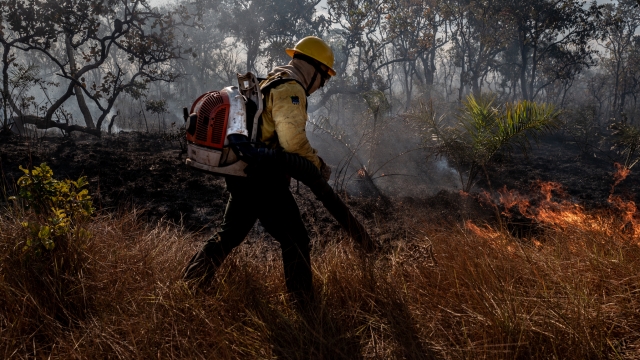 The Amazon rainforest is on fire, and trying to contain the flames has become an international focus. But fighting wildfires in the Amazon presents a unique set of challenges.

The rainforest covers over 2.5 million square miles, and the vast nature of it makes firefighting difficult. Fire activity is monitored by Brazil's National Institute for Space Research, which typically detects fires by satellite. The size and lack of accessibility in the forest means many fires go unchecked.

There's not one single group responsible for responding to wildfires in the Amazon, but that job primarily falls to the Brazilian government's environmental institute. The country's President Jair Bolsonaro said it doesn't have the resources to fight the current wildfire outbreak, and he is considering deploying military troops.

It is normal to see some fires in the Amazon, but the president of the International Association of Wildland Fire said this year's fires "are a catastrophe of global proportions."