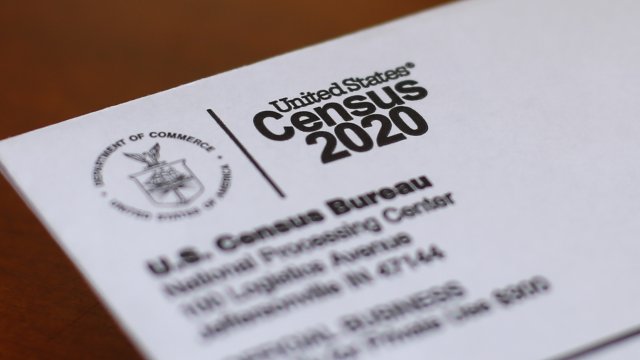 SMS
Natural Disasters Add To List Of 2020 Census Setbacks
By Alex Arger
By Alex Arger
September 20, 2020
The once-a-decade count has already been disrupted by the pandemic and deadline changes.
SHOW TRANSCRIPT

Natural disasters are the latest Census setback, joining other issues like the pandemic and a tightened deadline in the headcount's final weeks.

Wildfires on the West Coast and hurricanes in the South are forcing tens of thousands of people out of their homes, leaving fewer residents for census takers to count. And those staying put in California and Oregon are more likely to keep their doors closed to census takers to reduce contact with smoke.

Census takers have gone to evacuation centers to try to complete the count. But in some areas in Oregon, census offices and home visits had to pause completely because of dangerous conditions.

Now states dealing with disasters could be shortchanged in federal spending for roads, schools and health care. An undercount could also lead to losing a congressional seat and political power in states like California because of a declining population count.

Officials in California are urging residents to respond to the census questionnaire online or by phone or mail instead. Some representatives are pushing for another deadline extension, though it's already been pushed from July to the end of September because of the pandemic.

Two lawsuits have been filed to try to get more time. In San Jose, attorneys say some minority groups will be overlooked. In a Maryland lawsuit, the associate director of the Bureau said the disasters and other disruptions pose significant risks to finishing the count in all states by the deadline.