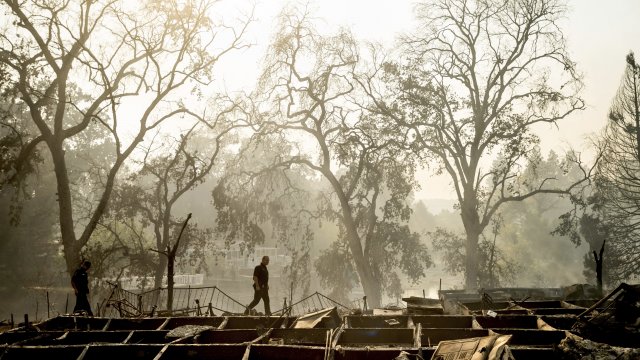 In some cases -- the smoke from the fires can have a lasting impact.

And some U.S. cities rank among the worst in the world in air quality.

Because of that -- more people are turning to air quality apps to monitor their health and safety.

Paul Walsh works for one of those app developers.

Because of all the fires this year burning out west -- even some parts of the east coast are seeing poor air quality.

But what exactly does that mean -- and what's in wildfire smoke that makes it so dangerous?

For starters... It has thousands of various individual chemicals.

Experts use "particulate matter" to measure the overall quality of the air -- that measures solid and liquid particles in the air.

P-M smaller than 2-point-5 micrometers  is considered dangerous --because it lingers in the air and is more easily inhaled by humans and animals.