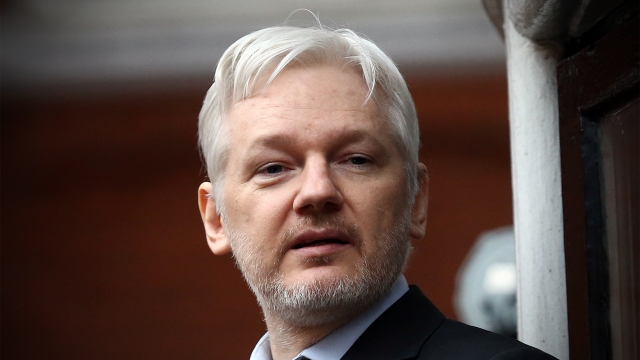 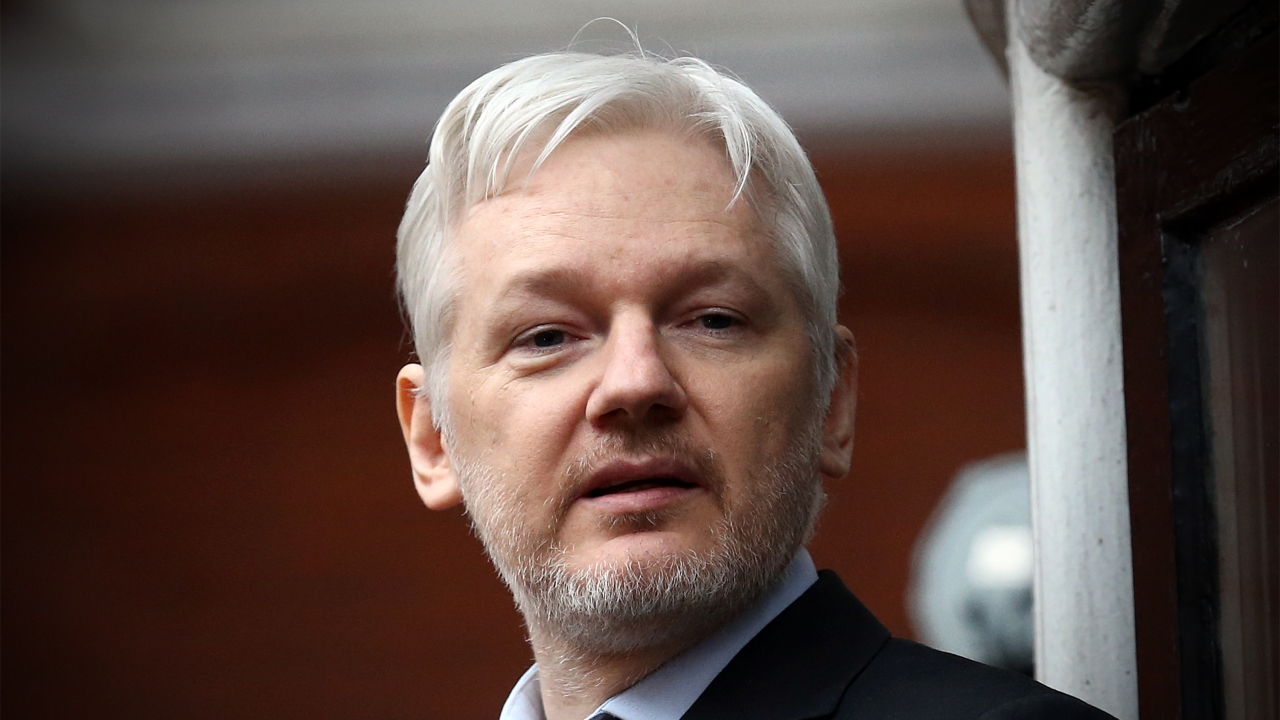 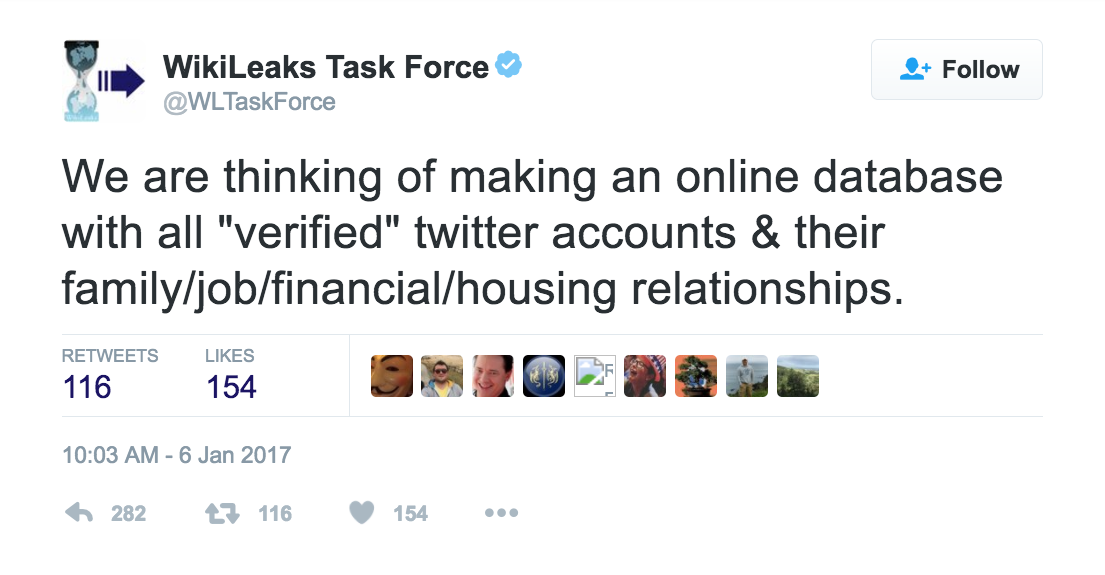 Immediately, users were concerned WikiLeaks was gathering this information to release it. More than one user said the tweet came across as a "threat to begin doxing people." Even the hacktivist group Anonymous criticized the move as an intimidation tactic.

This is a sickening display of intimidation tactics. @jack @support @Twitter https://t.co/EsIaTbmyL4

"Doxing," which means to maliciously release personal information online, can include home addresses, credit card numbers, work information, phone numbers and a bunch of other things. In other words, it's typically not a friendly move.

WikiLeaks insisted the tweet wasn't a threat to release private info from Twitters' verified users and claimed the database it's considering is similar to other sites'.

It told one Twitter user that the plan is to "develop a metric to understand influence networks based on proximity graphs."