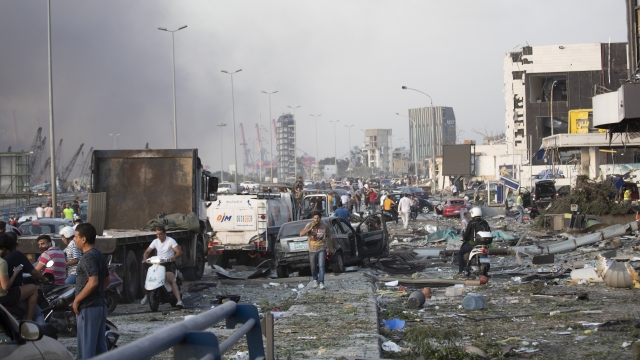 An explosion in Beirut's port area has left thousands of people injured and unknown more dead. It began just after 6 p.m. Tuesday local time when a warehouse, housing either fireworks or some other explosives, caught fire. Social media video showed it triggering a massive explosion.

Lebanon's health minister quickly confirmed dozens of people were dead and thousands were injured. A staggering number of casualties, even in a country that has seen a rise in violence.

Witnesses report the damage extends as far as 6 miles away. Journalists who work in Beirut said this seemed bigger than just fireworks exploding.

The damage could further cripple Lebanon's economy, which is already in free-fall due to a monetary crisis and coronavirus. The country is also affected by recently escalating tensions between Hezbollah and Israel.

Investigations are now underway into the explosions and cause.